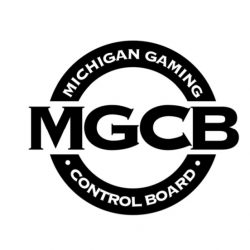 It is no surprise that Michigan online gaming came to a near-standstill in late October and early November. There was a little election with consequences on the local, state, and national stages.

Meanwhile, though, the Michigan coffers – as those in every other state – have been suffering for months as the coronavirus pandemic rages on. And as its second wave intensifies each week, Michigan stands at risk of losing some of the revenue it worked hard after the first wave to regain.

Lawmakers possess the power to expedite the approval of internet gaming rules, a path to new revenue for the state. Waiving a detailed review of the rules, acknowledging that the Michigan Gaming Control Board (MGCB) did its due diligence in writing the rules, would allow the process to move forward. In theory, the MGCB could approve licenses, and online gaming sites could launch before the end of 2020.

The MGCB now asks for Michiganders to join in the chorus of voices requesting that waiver.

At MI Gaming Board meeting Director Kalm says they have made a formal request for lawmakers to waive iGaming/sports rules review. They cannot issue any licenses until the rules have completed the legislative process.

The Michigan Gaming Control Board held its latest meeting on Tuesday, November 10. Most of it, sorry to say, was a ritualistic snoozer of regular business. (Board members, c’mon, you know it wasn’t riveting.)

There were several portions of the meeting, however, that were pertinent to internet gaming.

It started with a report from Executive Director Richard Kalm. He listed the gaming revenue for the last several months, each one down significantly from the previous year: August down 42% year-on-year, September down 21%, October down 19%. Clearly, though, numbers have been improving monthly despite limited capacity in land-based establishments.

Kalm noted that sports betting revenue has been a boon for the state, delivering nearly $7.6 million in revenue from the three commercial casinos alone in October. That delivered more than $287 million in state taxes for the month.

When Will Internet Gaming Start?

After the important statistics, Kalm wasted no time addressing the question most asked of the MGCB in recent months: When will online poker, online casinos, and online sports betting begin for Michigan?

Regarding issues pertaining to license applications, regulations, and confidence in a smooth launch, there are none. Kalm expressed confidence in moving forward quickly.

Only one thing stands between the MGCB doing so – issuing licenses, assisting operators in preparing for site launches – and igaming becoming a reality for Michiganders. That one thing is the state legislature, specifically the Joint Committee on Administrative Rules (JCAR).

Kalm noted that the MGCB sent the revised rules to the JCAR on October 6.

MICHIGAN: Internet sports betting and iGaming rules are now before the JCAR committee. They can act on the rules or waive them starting tomorrow and for up to 15 sessions days. pic.twitter.com/TT0WL2nu0E

The committee must be able to view the rules for 15 session days or grant a waiver for the remaining days. As the MGCB awaits an answer from the committee, the most it can do is complete the preliminary investigations of licensees and prepare to issue licenses.

(We sent a request to the JCAR for information regarding the process, session schedule, and waiver request. We will update if we receive a response.)

According to the rulemaking process posted by the MGCB, the process is near completion. The regulatory body sent the revised copy of Michigan’s internet gaming rules to the JCAR within the required time period – much earlier than anticipated, actually.

“The rules must be before JCAR for 15 session days, unless JCAR grants a waiver of the remaining days. During those 15 days, JCAR may object to the rules but then must introduce legislation within another 15 session days to stop or delay the rules.”

By all accounts, there are no substantial objections to the rules. The current draft is already a revised version per suggestions from the first review of the rules. The only holdup seems to be the lack of session days and proper attention from JCAR members.

According to the Michigan state legislative schedule, there have been only a handful of sessions since October 6, and the calendar reveals only nine more before the end of 2020. This means they cannot let the 15-day period run its course with no action, as there will not be 15 days before the end of the year. If it rolls over into January 2021, it restarts the clock, starting the 15-day period over again.

Thursday is the last *scheduled* session for the month. Could also mean an end to hopes for a November online gambling launch. December or early 2021 looking much more likely. Though JCAR could also convene between sessions https://t.co/8o9iO9g9PE

Kalm explained that the JCAR may sign a waiver to bypass all of this and approve the rules.

Should the JCAR sign the waiver, the MGCB will submit a Certificate of Adoption to the Michigan Office of Administrative Hearings and Rules (MOAHR). That office then files the final set of rules with the Office of the Great Seal, and the rules can then be effective immediately, unless the MOAHR specifies a later date.

Legislators who were instrumental in passing internet gaming legislation in Michigan in the first place are discussing options with members of the JCAR regarding the waiver.

As we see it, the public can influence the process, too. While no one at the MGCB advocated public influence or action, we believe it could be beneficial to let lawmakers know that the public is interested in wrapping this process ASAP.

The JCAR is comprised of five State Senators and five State Representatives. Each of those have Twitter accounts and office phone numbers. We have compiled this list for the public’s convenience, should anyone be so inclined as to send an encouraging tweet or make a waiver-supporting phone call.

The JCAR has its own office in Lansing. Its contact information is: