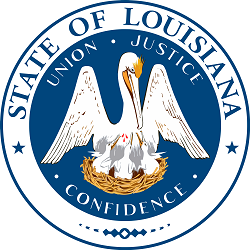 It was surprising last month when news broke of an internet gambling bill under consideration in Louisiana. Most experts had not included this in the list of states most likely – or likely at all – to legalize online poker this year.

In unsurprising news, however, the bill is not a priority. The legislation is not dead but it is being put on the back burner for the time being in order to focus on sports betting.

On March 2, 2018, Louisiana State Senator Danny Martiny pre-filed SB.322 to provide a “public referendum on internet gaming.” Ten days later, the bill was introduced in the Senate and then referred to the Committee on Judiciary B.

As explained in detail here, SB.322 was set to allow each parish to decide if online poker and casino games would be legal based on a referendum election in each parish. Voters would then decide to legalize the games or not, the latter meaning games would be specifically illegal. The bill was set to become effective July 1, 2018, with an effective date for parishes to launch online poker and casino games January 1, 2020.

The internet gaming bill was part of a group of bills that would have expanded gaming throughout the state, as other proposals included the legalization of daily fantasy sports and sports betting.

Senate Committee on Judiciary B wasted little time bringing the bills to a hearing on April 3. There was a varied list of bills to be discussed, including correctional facilities, law enforcement officer investigations, marshal salaries, and data breaches. But there were several gaming topics on tap: SB.468 to allow public universities to conduct raffles, SB.313 to designate gaming areas at live horse racing facilities, SB.266 to provide a statewide referendum on sports wagering, and SB.322 to provide a public referendum on internet gaming.

According to the meeting agenda, every bill was considered. And according to Online Poker Report, the only one of the gaming bills to advance was the sports betting bill.

As for all of the gaming bills, Martiny explained his introduction of the legislation as a revenue generator for the state that needs financial assistance. “This isn’t my life’s passion,” he said. “I’m just telling you we’re broke, and nobody else has any ideas of how we can fix it.”

That wasn’t exactly a ringing endorsement for online poker or any type of gambling expansion, but there is quite a bit of interest in expanding the gaming industry. Jeff Traylor, Audit Director of the Gaming Enforcement Division of the Louisiana Gaming Control Board, noted that it is important to learn more about the subjects and how they could benefit the state. “See how everyone else does it and figure it out,” he noted.

As far as SB.322 specifically, however, the Louisiana Video Gaming Association did object to the bill, asserting that internet gaming would “devastate” the video poker machine industry as well as the business they bring to bars, restaurants, and truck stops.

In the end, State Senator Gary Smith urged Martiny to form a task force or research team to provide more information on internet gaming so the committee will have more facts and figures at a later date.

It seems that lawmakers will need to be further educated on internet gaming – and daily fantasy sports, for that matter – before there is any significant movement on those bills in the Senate. It is unclear if there will be a research committee formed to gather the information or if there may be some consultation with other states like New Jersey and Pennsylvania.

Ideally, this is the type of situation in which the Poker Players Alliance would step in, arrange meetings, and forward helpful information to legislators about online poker in order to educate and encourage support of Martiny’s bill. However, it is unclear if the resources are available for the PPA to do such a thing at this time due to the group’s inability to raise the funds it sought in a recent fundraising campaign.

Meanwhile, sports betting will move ahead. This is ironic because states currently have the right to legalize and regulate online gambling and DFS, but sports betting is not legal in Louisiana and most states at this time based on a federal law. The ability of the state to legalize sports betting is solely dependent upon the New Jersey case that is currently in the hands of the US Supreme Court justices. A final decision in the case is expected any time in April or May, but many states – Louisiana included – want to be ready to launch the industry at the first sign of a favorable decision.

"If it is made legal and we don't have it available to us, Mississippi and Arkansas is going to cannibalize the gaming markets with sports wagering." Senator Danny Matiny in Louisianna https://t.co/0m12yIKw1u via @AddThis