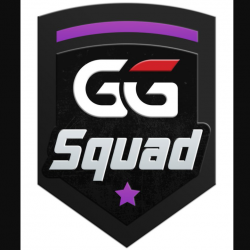 Some say it’s all in the marketing. GGPoker agrees.

GGNetwork officially entered the online gaming scene in 2014, but it took a couple of years to build a reputation and name recognition with players. Instead of a broad strategy, though, GGNetwork targeted certain markets with various extensions of its network.

Natural8 was the first of its poker skins to gain momentum with its target audience in the Asia-Pacific region. By signing players like Kitty Kuo to its team of ambassadors and using a wide range of promotions, Natural8 quickly became a top contender for online poker in the region.

GGPoker started relatively normally in its “rest of the world” growth, first entering the UK market with it’s the UKGC license in 2017 and expanding from there. And signing high-stakes American poker pro Bryn Kenney and Brazilian poker pro Felipe Ramos garnered more attention.

Last year, however, the network took its growth strategy to an entirely new level.

Of course, GGPoker had a following online into 2019. People around the world were catching on and giving the site a chance. But it wasn’t until November of last year that the network signed an ambassador that changed everything.

Daniel Negreanu, walking down the Las Vegas Strip and filming on his phone, announced that he signed on as an ambassador for GGPoker. He noted the growth of the site from 2018 to 2019, and he hailed the software, especially for mobile users.

I have a BIG announcement to make! Details in the video below: pic.twitter.com/1xDTkglYmD

At the same time, GGPoker and the World Series of Poker signed a deal. It had been about one month into the pandemic-related shutdowns of casinos around the world, and GGPoker agreed to host a series of WSOP Circuit events online.

By May, high-stakes poker pro Fedor Holz signed on as the newest ambassador for GGPoker, and the site sponsored his poker training company Pokercode. And when the WSOP cancelled its summer live tournament series in Las Vegas due to the ongoing pandemic, it signed GGPoker as its official partner for the first-ever WSOP Online. GGPoker was going to host the majority of the 85-event series that would be open to many players around the world.

GGPoker became the fast-growing giant in the poker industry.

GGPoker knew that it needed a more accessible group of player representatives, preferably ones with Twitch streams that could broadcast their play on GGPoker to wider audiences.

The initial group of GGStreamers consisted of names known to some online, like Michiel Van Elsacker and Torsten Brinkmann. But they needed more. By watching a number of players stream on GGPoker throughout the WSOP 2020, the site figured out what to do.

GGPoker signed Kevin Martin, a well-known poker streamer who had previously garnered poker attention with a multi-year PokerStars deal and a brief stint with PartyPoker. He also came with an audience from outside the poker world, one that included a large segment of Canadians who knew Martin as a reality television personality. He won Big Brother Canada Season 3.

GG Poker is the fastest growing and most innovative poker company in the world and I'm pumped to be on board! pic.twitter.com/iS4smhG14x

A Team Member and New Teams

PokerNews distributed the news alongside GGPoker social media posts. Kevin Martin was not only the newest addition to the GGPoker team of representatives, he was the introduction to a reorganization of them all.

Martin is now a part of the “Dream Team” of the GGSquad.

The previously-mentioned names like Negreanu, Grospellier, Holz, Kenney, and Ramos are the GGHeroes, the site’s “elite ambassadors and a true who’s-who of the world’s greatest players.” This is not yet reflected on the GGPoker website, however.

According to PokerNews, the third team is the GGCrew. These will be online influencers, “some of our favorite poker people,” per GGPoker. They are “changing the way the world sees our game” and will reportedly become known over time. They may also rotate per promotion or tournament series. Hopefully, this will become clearer over time.

For now, the focus is on the GGSquad, which participates in something called “Saturday Sessions.” The streaming sessions feature poker play, a “Beat the Pros” tournament, and squad members playing other games like Among Us.

And with that GGSquad announcement, Martin spoke to PokerNews about his decision to join the team and what to expect.