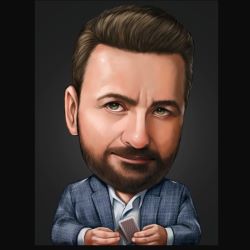 The global online poker scene has welcomed a new network in the past few years, as GGNetwork has grown in scope and respectability. GGPoker is the flagship site of the network, but Natural8 is also a well-known skin.

And now, GGPoker has taken a huge step in the online poker world, one that put it on the front pages of poker news sites and garnered the attention of nearly every poker fan. The network signed Daniel Negreanu as its primary ambassador.

When Negreanu left PokerStars in May of this year after a dozen years with PokerStars – many of those as the face of the site – many assumed he would head toward PartyPoker or possibly 888poker for a new sponsorship.

GGPoker surprised everyone with its ambassadorship agreement. And Negreanu found a new online poker home.

GGPoker is the flagship poker site of GGNetwork. GG stands for “good game.”

The network launched in 2014 with a focus on Asian countries and players. The ensuing years saw Natural8 rise as the most popular skin on the network, especially with endorsements from and sponsorship deals with the likes of Kitty Kuo. Solid promotions and tournament guarantees attracted many new players as well.

GGNetwork started with licenses from the Philippines and Curacao. As the network grew, GGPoker led the way and launched in the regulated UK market with a license from the UK Gambling Commission in 2017. Since then, the site has obtained licenses to operate in Sweden, Estonia, Ireland, and Latvia, with more applications pending.

In April 2018, GGNetwork also incorporated PPI Poker into its network.

The GGNetwork site offers this list of poker pros that serve as its ambassadors:

Some brief chat from @BrynKenney on his GGPoker goals, giving the players a voice and selling his action at no mark-up 💰💰 – that one’s for you guys!https://t.co/fbDSwkrkmE

Kenney is perhaps the most well-known on this list, and he primarily represents GGPoker. He signed with the site in March 2018. He told PokerNews that he met the GGPoker team through Kuo and saw “lots of opportunities for growth.” He also noted that he would be able to “positively influence the further development of GGPoker.”

As of November 2019, Kenney is the top all-time live tournament money earner in the world.

His $55.5 million comes primarily from high-stakes tournaments, but he also holds titles for wins like the 2019 Aussie Millions Main Event and various European Poker Tour events through the years. He also won a WSOP bracelet in 2014 in a 10-Game Mix event.

There is also a team of players focused on Twitch streaming, aptly called GGStreamers. That list of players includes:

This week, Daniel Negreanu announced that he was joining GGPoker as its latest ambassador.

I have a BIG announcement to make! Details in the video below: pic.twitter.com/1xDTkglYmD

It was just in May of this year that Negreanu announced that his 12-year relationship with PokerStars ended. Most interestingly, he did it in such a way that seemed to give little significance to the end of such a long and poignant relationship.

Meanwhile, Negreanu was evidently in talks with GGPoker regarding a staking platform that would help him sell pieces of his summer WSOP action. Those conversations led to discussions of a possible sponsorship, and several months later, it is official.

PocketFives reported that the contract between Negreanu and GGPoker is a multi-year deal with a “larger financial component than his previous PokerStars deal,” one that was said to be the largest in the poker industry.

Negreanu is currently ranked third in all-time live tournament earnings with more than $42 million, and he remains the top Canadian poker tournament earner in history. With six WSOP bracelets and two World Poker Tour titles, among numerous other wins and final tables, Negreanu is also arguably the most popular poker player among fans.

GGPoker launched a promotion to welcome Negreanu and more players to the site. The $100,000 Guaranteed Daniel Negreanu Challenge includes the opportunity to play online with Kid Poker himself.

Players can begin qualifying or registering for the tournaments, which will take place as follows:

New players are also being welcomed to the site with a sign-up bonus that includes free tournament tickets and 40% cashback.