By Jennifer Newell
May 7th, 2020 | Last updated on May 7th, 2020
Home » Poker News » GGPoker Partners with Fedor Holz and Pokercode 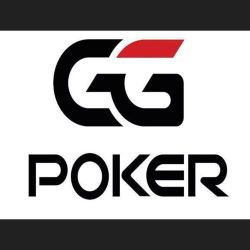 Timing is everything. While the GGNetwork has been on a long path toward becoming one of the most popular poker networks in the world, recent moves have put its flagship site, GGPoker, in the spotlight more than ever.

GGNetwork’s poker skins have been popular for several years, with Natural8 taking hold in Asia several years ago. But GGPoker took a huge step in its rise to prominence last year by signing Daniel Negreanu as its poker ambassador. The former Team PokerStars Pro and face of PokerStars for a decade signed a deal that put GGPoker on the global online poker map.

Within the past month, the site has made more frequent and high-profile moves.

GGPoker signed former PokerStars and PartyPoker ambassador Bertrand “ElkY” Grospellier to its roster of pros, as well as tennis legend Boris Becker. In the same swath of announcements, GGPoker officially partnered with King’s Casino in Rozvadov. The deal to work with the popular Czech Republic casino showed the site’s desire to spread its wings even wider.

All of this came on the heels of GGPoker partnering with the World Series of Poker to offer the first international online version of the WSOP Circuit. When the coronavirus pandemic shut down live poker tournaments for the foreseeable future in March, it stranded both versions – international and US-based – of the WSOP Circuit. The US version immediately went online to WSOP.com and delivered big numbers in Nevada, New Jersey, and Delaware.

Many anticipated the WSOP would then partner with its longtime sponsor 888poker for some international tournaments, but it went in a different direction. The WSOP announced its WSOP Super Circuit Online Series with GGPoker.

Even further, the 18-tournament series became a part of a much larger series, one that consists of 595 tournaments throughout the month of May. And it guaranteed $100 million in prize pools.

Over 87,000 players @GGPokerOfficial today at the same time. That is a lot.

I am blown away! This month is going to be bananas.

If you weren’t one of the 87k players, open your account today and get in the game.

Add Holz with a Side of Pokercode

This week, GGPoker made yet another announcement. Not only would Fedor Holz be the newest GGPoker brand ambassador, GGPoker was partnering with Holz’s training site, Pokercode.

Holz rose to fame quickly in poker, first through online poker and then by winning quite a few high-stakes poker tournaments. After winning millions, he said he was retiring in 2016 but stayed in touch with the poker community, eventually launching his Pokercode training website in 2019 with fellow high-stakes pro Matthias Eibinger.

Holz commented, “We’re thrilled to become a GGPoker partner, particularly at this exciting time, and I’m honored to join Team GGPoker. In addition to the broad suite of poker training our players already have access to, helping them see much greater success at the tables, Pokercode players can now call the best platform in the industry home.”

The press release about the deal announced a welcome bonus and mentioned the current WSOP Super Circuit Online Series, but there is more to the deal.

Pokercode will offer promotions to its players. And GGPoker will reportedly share Pokercode wisdom from the training site’s coaches with its player base. Those coaches are Holz, Eibinger, and Simon Ronnow Pedersen.

Holz talked about the partnership in depth with Negreanu on a Zoom announcement stream. At the end, Holz discusses the opportunities he will have to improve player experiences, provide more player support, and make poker a more fun and enjoyable experience. He also alluded to a bounty tournament coming up on May 24 with a minimum of a $10K guarantee and sizable bounties on the heads of Holz and Eibinger.