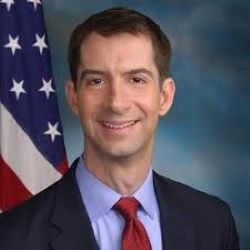 It has been awhile since members of Congress have introduced bills like the Restoration of America’s Wire Act (RAWA). From 2014 through 2017, various Congressmen introduced bills in attempts to “restore” the Wire Act to what they thought was its original meaning.

Essentially, they tried to revert the meaning of the 1961 federal law to the time before the 2011 interpretation from the US Department of Justice’s Office of Legal Counsel. That interpretation under the Obama Administration stated that the Wire Act pertained to sports betting only, not to other forms of online gaming, such as lotteries, casino games, and poker.

One member of Congress is trying it again. The bill is an indirect attempt to restore the Wire Act, an effort by US Senator Tom Cotton to dress up a RAWA-style bill in an outfit that aims to prevent “deceptive or child-targeted advertising” that violates the Unlawful Internet Gambling Enforcement Act (UIGEA).

Cotton’s goal is transparent, as are the reasons for the 2020 bill.

We see you, Senator Cotton.

RAWA by another name? U.S. Senator Tom Cotton introduces a bill that seeks to curtail iGaming. You can read the text here: https://t.co/gIM6R1yGnr

The UIGEA was the 2006 bill that became law to prohibit gambling businesses from accepting payments for internet gambling.

It was always a somewhat ambiguous law, one that had a clear intent but indirect wording in an attempt to ban online poker and gambling in the US.

It worked upon its enactment, as companies like PartyPoker and 888poker left the US market to avoid running afoul of that law. And the US Department of Justice used the UIGEA to indict and prosecute executives of PokerStars, Full Tilt Poker, UltimateBet, and Absolute Poker in 2011 on the day now known as Black Friday.

Senator Cotton’s bill aims to use the UIGEA to dance around the issue of online gambling and declare them illegal.

This sounds familiar. Tom Cotton's bill targets supposedly "kid friendly" online gambling content. Let me guess what Tom will say: "It's not about prohibition." https://t.co/ygeN3UMJEL It was four years ago so, pardon me if I don't believe you. https://t.co/kUXgq7BuyN

The bill is S.3322, introduced to Congress on February 13, 2020. It is titled “Prevention of Deceptive or Child-Targeted Advertising in Violation of the Unlawful Internet Gambling Enforcement Act.”

The goal of the bill is “to prevent the unlawful use of financial instruments in the United States for online slot machines, lotteries, table games, and similar offerings, including games and applications that are deceptively marketed or designed to be attractive to children, and for other purposes.”

As for the “Sense of Congress,” it lists four assumptions:

–Congress enacted the UIGEA (chapter 53 of title 31 of the US Code) “because traditional law enforcement mechanisms proved often inadequate for enforcing gambling prohibitions or regulations on the internet.”

–Congress aims to “generally prevent the use of financial instruments in the United States for online slot machines, lotteries, table games, and similar offerings.”

–Smartphone proliferation has increased the number of websites offering casino and lottery games online and via mobile devices “designed to be attractive to children, including by featuring cartoon characters, themes based on children’s fairy tales, and similar content, or by including gambling activities disguised as other content.”

–Online gambling proliferation continues “in defiance of federal law prohibiting such activity necessitates that Congress understand the extent of such attempts to evade the law and the options available to improve enforcement.”

The bill calls for the US Treasury Secretary to coordinate with the Chair of the Board of Governors of the Federal Reserve System to compile a report for Congress. The report must include:

–summary of online slots, table games, lotteries “and similar offerings” from online casinos and lotteries operating in the US, including a list of those featuring the aforementioned cartoon characters and children’s themes

The bill also wants a report from the Federal Trade Commission containing the following information:

As Steve Ruddock explained in his assessment of the legislation, Cotton requests studies for which the findings already seem predetermined. The wording of the bill assumes that online casino sites and online lotteries are already in violation of the UIGEA.

And technically, this isn’t a “Restoration of America’s Wire Act” bill per se, as the Wire Act is not mentioned, the idea is the same.

It’s important to note that all online casino game sites, poker sites, and online lottery operations in various states in America are legal based on the 2011 Department of Justice opinion. This exempted all of these games – with the sole exception of sports betting – under the DOJ’s interpretation of the Wire Act, which is why states began to launch these regulated businesses within their borders.

The states that have legalized online gambling also did so under the authority of the Tenth Amendment of the US Constitution. The UIGEA appears to be irrelevant in this case in light of the Wire Act opinion of 2011 and the state laws enacted as a result.

Another important point is no evidence has ever shown that online casinos or lotteries market to children or design the games to be attractive to children. This is an overused argument by anti-gambling organizations for which proof has never been offered.

Real Reasons for the Bill

The 2018/2019 memo from the Department of Justice under the Trump Administration was meant to overturn the 2011 Wire Act opinion. Since attempts at RAWA bills never succeeded, the DOJ memo was supposed to serve that purpose.

However, said DOJ memo is now on perpetual hold, as the New Hampshire Lottery Commission and NeoPollard sued the DOJ and US Attorney General William Barr in the US District Court to overturn that decision. And it worked. Judge Paul Barbadoro set aside that memo in his decision for the plaintiffs last year.

Since the DOJ hasn’t been able to fulfill its goal of outlawing online gambling in America, Cotton took it upon himself to try another RAWA-type bill.

All of these efforts to outlaw internet gambling seem to trace back to one person: Sheldon Adelson. The billionaire can be directly linked to campaign donations for the members of Congress who have attempted to pass RAWA bills. And the mainstream media traced the recent DOJ opinion to Adelson as well.

We see you, Adelson.

MUST READ: @washingtonpost looks at the Adelson influence used to get the DOJ to change it's mind about the Wire Act. https://t.co/7qmXxpZICr