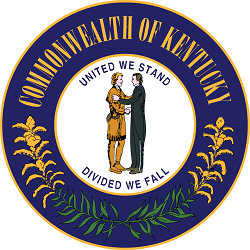 The coronavirus pandemic stopped progress on a great many things. Every state in America now faces massive hurdles – many financial in nature – to overcome in the remaining months of 2020…and probably beyond.

To say that online poker fell completely off the radar of lawmakers in Kentucky in the past two months would be a serious understatement.

Even so, we should put a button on this issue and wrap it for the year. Online poker and sports betting were packaged in a feasible bill proposed by a Republican State Representative and supported wholeheartedly by the Democratic Kentucky Governor. It had more than a fighting chance…at first.

Online Poker in a Package

The bill, HB.137, was a multi-faceted one to expand gambling options in Kentucky. The goal was to authorize fantasy sports contests, sports wagering, and online poker games. But there was no doubt that sports betting was the primary focus of the bill.

State Representative Adam Koenig pre-filed the bill in December 2019 and officially introduced it to the Kentucky House on January 7. It then went to the Licensing, Occupations, and Administrative Regulations Committee. One week later, it reported favorably.

It continued through January with amendment after amendment – 18 of them in total. On March 17, it was recommitted to the committee in its amended form.

Some of the amendments were significant changes, such as removing online poker from the oversight of the Lottery Corporation to the Public Protection Cabinet and increasing the gaming fee for online poker from 6.75% to 10% and later to 13.5%. Others were meant to clarify sections, and some merely added detail to things like open records requirements.

Online Poker Kicked to the Curb?

There had been no mistaking that sports betting was the priority for the bill and its supporters.

At the February 6 press conference that brought Koenig and Governor Andy Beshear together to promote the bill, they spoke solely about sports betting. Even so, online poker appeared to be as much a part of the bill as fantasy sports.

“The time to pass sports wagering is now.”- @GovAndyBeshear joins bill sponsor @repkoenig, @KyChamber CEO @AshliWatts, the @KEA, legislators from both sides of the aisle, and many more to support sports wagering #kyga20 pic.twitter.com/te7lvNQjmi

That was until February 21. The 18th amendment to the bill, submitted by Rep. Mark Hart, amended the bill to delete all references to online poker. The amendment hadn’t been approved, but the proposal to remove it from the bill was on the table.

By the time HB.137 was recommitted to the Licensing Committee on March 17, the pandemic was already spreading across America and into Kentucky. Beshear declared a state of emergency in the state on March 6 and closed down all non-essential businesses on March 16.

HB.137 was already on the back burner.

All Coronavirus, All the Time

Lawmakers gathered in Frankfort to focus on a few priorities on April 14. With two days left in the 2020 legislative session and only 21 representatives actually on the floor of the House (with others voting from their private offices), they discussed emergency measures. Those included tax breaks for businesses, creating a legislative task force to oversee business reopening later in the year, and funding for personal protective equipment for health care workers.

The session then ended and the General Assembly adjourned until next year.

The exception would be a special session called later in 2020. However, it is unlikely that sports betting would be on the agenda if this happens.

Kentucky Likely to Reexamine in 2021

Online poker had a true fighting chance to become legal in Kentucky in 2020. If not for a global pandemic and health crisis, online poker may have made it back to the final bill before the legislature voted on it. Koenig and Beshear both wanted poker in the bill, despite being focused so intently on sports betting.

In fact, there is little doubt that sports betting will be one of the first items on the 2021 agenda, especially with horse racing tracks likely to be looking for ways to climb out from under the financial hardships caused by the pandemic.

There are several things working in its favor, however. First is the support from the governor and numerous members of the state legislature on both sides of the aisle. Second is the recent growth of online poker during casino shutdowns in four states – Nevada, New Jersey, Delaware, and Pennsylvania. The revenue didn’t make up for the lost casino revenue but sure helped.

Should the Poker Alliance make a comeback and step up to the plate to push specifically for online poker in Kentucky – complete with facts about consumer protections and skill components and geolocation technology – online poker has a real chance in 2021.