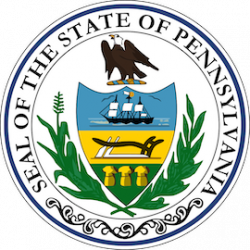 The launch of the Pennsylvania online gambling market has been perplexing in many ways. Not only did it take nearly two years from the time lawmakers passed the bill until the first online casinos launched, there is only one online poker site in the state.

To be clear, there were seven casinos that chose online gambling operators that would offer online casino games and poker. When they chose and paid for their licenses, seven of them paid for the right to offer online poker, too.

Today, there are seven online casino sites open…but only one poker site.

The casinos began launching online slots and table games in the summer of 2019, but there were no accompanying online poker sites at the time. Players waited…and waited. And finally, on November 4, PokerStars PA launched its test site in coordination with its land-based partner, Mount Airy Casino. It passed the regulatory inspection within two days and then launched real-money online poker for all players in Pennsylvania.

PokerStars Pennsylvania immediately brought in solid numbers, beating all of New Jersey’s online poker sites put together. Yet and still, it remained the only online poker operator in the state through 2019 and into 2020.

As April 2020 comes to a close, PokerStars is still the only poker site available in Pennsylvania. The operator is not exactly complaining, as it has been collecting 100% of the player loyalty and revenue in the state. And during the month of March 2020, when land-based casinos were closed for half the month due to the coronavirus pandemic, PokerStars’ traffic surged. PokerStars PA took in more than $3.1 million in March.

WSOP Online May Be Lurking

On April 23, 2020, Caesars launched its Caesars PA online casino in Pennsylvania with its partner, Harrah’s Philadelphia. And by the time the poker media found out about it, the soft launch had been completed, meaning the site was fully available for online games.

One might think that Caesars would also be preparing to launch its online poker site, WSOP.com.

Poker players may be looking for another option for online poker in Pennsylvania, a site to provide competition for PokerStars. Many assumed that the WSOP poker site would launch not long after PokerStars, since the WSOP has the most experience with its sites in the US market. It is operational in Nevada, Delaware, and New Jersey thus far – the only operator in Nevada and Delaware.

However, there is no word from the WSOP or Caesars about an online poker site.

It would make sense for Caesars to launch its online poker site before the end of May. This was the time previously scheduled for the World Series of Poker to begin in Las Vegas, complete with online tournaments in the lineup.

There are several issues with that timeline, though, the first being the postponement of the 2020 WSOP until the fall months. Another issue was that the Pennsylvania site – even when launched – does not have approval to join its players with those in other states. It is unclear, then, if PA players would have been able to participate in any WSOP summer bracelet events.

But everything changed during the coronavirus pandemic.

The WSOP is now postponed until the fall months, which gives Caesars more time to launch its online poker site in Pennsylvania. Further, it gives the governors of Nevada, Delaware, and New Jersey time to speak with Governor Tom Wolf of Pennsylvania about the multi-state online poker partnership. Should Wolf sign on to that agreement within the next several months, there could be time for the WSOP to follow up its launch with a connection to the other three states.

This would be the ideal situation for Caesars and the WSOP, though it is an ambitious plan.

Only time – the next few months, really – will tell if it can and will be done.