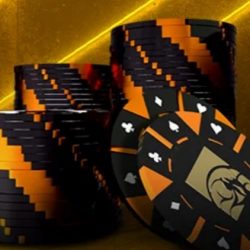 A second and third online poker site launched in Pennsylvania this week. BetMGM Poker and Borgata Poker opened their virtual doors on Tuesday, April 27, both operating on the PartyPoker platform and sharing poker tables and player pools.

It was a long time coming.

PokerStars was the first to launch online poker in Pennsylvania. The state itself took years to legalize state-regulated online poker and igaming. When it finally did pass the law in October 2017, it took nearly two years to even get to the point that online poker sites could launch. And online casinos did launch in mid-2019…but no poker sites accompanied them. It wasn’t until the first week of November 2019 that PokerStars PA opened for players in that state.

Since then, for nearly 1.5 years, PokerStars catered to the market and operated as a monopoly, as no other sites prepared to launch.

Last summer, rumors did circulate that PartyPoker was working on a Pennsylvania poker site. The Pennsylvania Gaming Control Board told Pokerfuse in July it was performing tests on the PartyPoker platform and BetMGM casino products. Nevertheless, nothing happened, and PokerStars maintained its monopoly on the market. No competition emerged to reinvigorate the market or give players choices in the state-regulated system.

Finally, in March 2021, BetMGM launched on the PartyPoker platform in…Michigan. PokerStars maintained its monopoly in Michigan for less than two months. It was perplexing, though Michigan was clearly a larger market than Pennsylvania. BetMGM launched its online casino in December 2020 and Borgata online casino in February 2021, but the company held its online poker products.

Yet here we are: Today, PokerStars retains a de facto monopoly in Pennsylvania, a larger state, after 15 months of operator.

Yet in the smaller Michigan, after just two months, BetMGM is launching to take on PokerStars.

Two New Sites at Once in Pennsylvania

The delays ended on April 27, 2021. BetMGM Poker and Borgata Poker both launched in Pennsylvania this week, though both remain in the testing phase, which will continue for at least two days, but open for real-money poker.

BetMGM Poker is operating under its partnership with land-based Hollywood Casino Grantville, while Borgata Poker does so with Rivers Philadelphia. Since both sites use the PartyPoker platform, though, they will share player pools and tables. For those familiar with online poker, the sites will look almost identical, with the same promotions, tournaments, etc.

The platform shows few people exploring the tables, but more players will likely join after the testing phase finishes. This should happen this week.

Even so, the PartyPoker sites will need to work to catch up to PokerStars, which has delivered for players for nearly a year and a half.

Pretty sure they don't know they launched either.