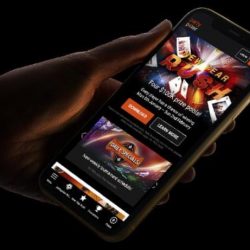 Everyone knew the Michigan internet gaming market had potential. That is why lawmakers like now-former Rep. Brandt Iden worked for so many years to legalize online poker and casino games, to create a regulated in-state market for players and to keep revenue in the state.

When the first online casinos launched in Michigan in January, doubters began to see the money roll in. That partial first month of igaming generated more than $29M. And the first full month in February tallied more than $75M in gross receipts. Even so, that was only a 28-day month, and some of the sites had not even launched yet.

For online poker players, PokerStars stepped up and launched on January 29 to big virtual crowds. Players had been ready for years, and they flocked to the online poker tables of PokerStars MI without delay. The operator was quick to announce and run the first MICOOP (Michigan Championship of Online Poker) in February. That series exceeded all expectations and awarded more than $2.2M in prize pools.

BetMGM planned to enter the Michigan market in all verticals in February 2021, but online poker players didn’t hang their hopes on anything. They saw PokerStars operate in Pennsylvania alone from November 2019 through the present day with no competition whatsoever.

Using the PartyPoker platform, BetMGM did launch its poker site on March 22. And players rejoiced.

Pokerfuse had been on top of the Michigan poker site situation. So, when it reported on the morning of Monday, March 22 that BetMGM’s poker launch was delayed a bit longer, no one doubted it. Pokerfuse had been the first to report BetMGM’s intention to launch in February and then its delay until the first days of March. Another delay in mid-March was not difficult to believe.

If you're looking for the Michigan BetMGM Poker client, it's at https://t.co/dcvOmCPxD5

BetMGM announced its grand virtual opening in Michigan in partnership with BetMGM Grand Detroit and the PartyPoker US network. This is the same as BetMGM’s offering in New Jersey, which is tied to Borgata and PartyPoker in that state. The sites will all be able to link together when Michigan signs the interstate online poker liquidity agreement in the future.

BetMGM Director of Poker Ray Stefanelli said, “The demand for online poker in Michigan was made clear by players across the state. BetMGM Poker is proud to offer them a seat at our tables, and we’re confident that BetMGM Michigan customers will enjoy an engaging, reliable and fun poker experience.”

It might take a minute for players to set up accounts on a second poker site and give BetMGM their business. It will happen, and players will log on to the new site, especially considering the number of promotions and offerings.

As reported by F5 Poker, most of the first day’s tournaments on BetMGM Poker didn’t hit their guarantees, so the value is certainly there.

The press release about the launch mentioned that BetMGM players will be able to receive all of the normal benefits offered to MGM Grand Detroit and MGM Resorts properties across the country. This is all integrated into the M Life Rewards program. The poker site has its own rewards program as well called Grind Rewards, which can translate into bonus money each month of the year.

BetMGM Poker is also linked with LearnWPT, the branch of the World Poker Tour dedicated to poker education.

There is a welcome bonus that includes $25 in real-money play and a first deposit match of up to $600. There are leaderboards and wheel spins for prizes. A lineup of dozens of daily and weekly tournaments leads to a Network Sunday highlight with $40K guaranteed for a $215 buy-in.

Players need only sign up for a new account via the linked instructions for desktop and mobile users. There will be a “tickets” icon in the upper-right corner of the account screen. By clicking there, one should be able to click “Invitational Freeroll” for a free ticket.

The tournament will award more than $50K in prizes paid out to the top 1,000 finishers. Every one of those finishers will receive a minimum of $10 tournaments dollars, but the top five will win these prizes: