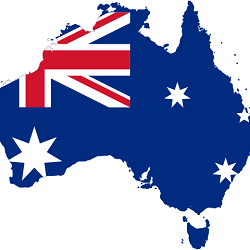 When the Interactive Gambling Amendment Bill passed through the various stages of the Australian Parliament in 2017, it began to look like a version of Black Friday that plagued the United States online poker market. Operators that were a part of publicly-traded companies withdrew from the Australian market without any delay, and there was no licensing process in place to allow them to regain access to those players.

It was a Black Friday for many players, though some independent sites and networks remained open to Australians. Online poker sites affiliated with Bovada, the Winning Poker Network, and the Chico Poker Network proceeded with business as usual, as those operators have done in many other markets around the world.

That is all changing, however. The reasons are unclear. There may have been a catalyst that the operators are not sharing publicly, but whatever it was prompted the Chico Poker Network to exit Australia in April 2018 and then the Winning Poker Network to do the same in August 2018, nearly one full year after the larger, publicly-traded companies made that same decision.

After the initial withdrawals of 888poker, PartyPoker, and PokerStars from Australia, the next major moves didn’t happen until April of this year when Chico removed its sites from the market. That meant players no longer had access to BetOnline, Tiger Gaming, and Sportsbetting.ag.

Many players discovered the network’s exit from Australia when they were blocked from accessing their accounts or establishing new ones. Other players received notices from Tiger Gaming, citing the Interactive Gambling Amendment Act as the reason. They were advised to withdraw all funds by the end of April, as all withdrawal limits and restrictions had been lifted to make it happen quickly.

In August of this year, Australian players began having the same experiences, this time with WPN sites like Americas Cardroom, Black Chip Poker, True Poker, and Ya Poker. Again, many players received no announcement until they inquired with customer service about their inability to access their online poker accounts on the various sites. Others discovered the news via online poker forums.

The Winning Poker Network gave players no official message as to a deadline for withdrawing funds or a process for facilitating the shutdown of those accounts. Instead, each player seemed forced to contact the customer service department for further information and assistance.

Players were particularly affected by the WPN exit from Australia because the player pools were still significant enough to make online poker a part of one’s poker career. The tournament series, weekly guarantees, and cash games that were shared with those in places like the United States made them a somewhat lucrative venture.

But when WPN left only months after Chico, it left players with few options.

Australians are left with only one major site for real-money online poker, which is Ignition Poker. The site only became available to Australian players in July 2017, but its popularity in the market has grown. Players quickly realized that Ignition is a part of the network that includes Bodog and Bovada, which both have years of experience in the poker industry online.

The site’s tables are comprised of American and Australian players, all of whom are grateful for a place to play online. It is difficult to know one’s opponents, however, because all games are anonymous so as not to give experienced players any leverage over newer ones. There are quite a few cash game tables running at any given time, and daily tournaments run with guaranteed prize pools. And a big draw for Ignition players is the ability to deposit and withdraw via traditional methods like Visa and Mastercard or virtual currency like Bitcoin.

Other sites are available at the current time, but their future is unclear. Sites like Juicy Stakes Poker and Nitrogen Poker are smaller and not as well known. SwC Poker has been in business for many years and has a solid reputation, but the operator deals exclusively in virtual currency.