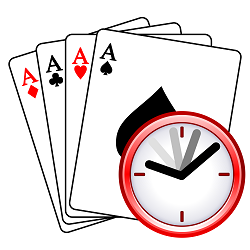 The end of Australian online poker is coming quicker than most players anticipated. Of the two leading poker sites still operating in Australia, one is departing the market next week and the last on September 11. Within a few weeks, Aussie players will either make the switch to live poker, sign up with black market sites, or move to a country that offers legal online poker. The choices are not ideal.

PokerStars and PartyPoker have announced their official exit dates due to the final passage of the Interactive Gambling Amendment Bill 2016 on August 9. The law is scheduled to take effect in the middle of September, and it will unequivocally ban offshore internet gambling sites, including poker-only sites, from offering services to Australians. It leaves one of the most thriving and lucrative online poker markets in the dust.

Global online poker suffered greatly when Black Friday took the United States out of the dot-com market, and operators will see another dip in their overall numbers with the closure of the Australian market. The entire industry will feel the effects of the change.

They Fought a Good Fight

Poker players all across Australia put up a good fight to reject the bill or create an exemption for online poker as a skill game. Everyone from casual poker enthusiasts to the most well-known Aussie poker pro, Joseph Hachem, spoke up and drove the movement. Some of them banded together to create the Australian Online Poker Alliance, which served as a grassroots organization and lobbying vehicle to try to find a place in the conversation about online poker at the government level.

The AOPA even found a lawmaker who shared their views. Liberal Democratic Senator David Leyonhjelm became an outspoken advocate for the cause of saving online poker, even going so far as introducing an amendment to exempt online poker from the Interactive Gambling Amendment Bill 2016.

@DavidLeyonhjelm Thanks for the effort to keep online poker in Australia. You seem to be the only one in that mad house with common sense

However, most lawmakers had already made up their minds. Human Services Minister Alan Tudge pushed hard for the bill in the fall of 2016 and never stopped. He felt that consumers in Australia were at risk (not realizing the dangers than lurk in the powerful unregulated market) and sought to strengthen the Interactive Gambling Act of 2001, a law that left enough loopholes for most online gaming operators to walk directly through.

And Tudge got his wish on August 9 when the Senate passed the bill.

When Black Friday happened in the US, it was a sudden occurrence. While there may have been signs that it could happen, the day caught everyone off guard. The major poker sites – PokerStars, Full Tilt Poker, UltimateBet, and Absolute Poker – were suddenly unavailable, and those who tried to view the sites saw only a US Department of Justice seal and a notice that the domains had been seized. News trickled in slowly as players awaited the fate of their pastime, careers, and cash.

Australia has been working on its exit from the world market for more than a year, and there was little doubt that the bill was going to pass. PokerStars went so far as to comment on it in November of 2016 and alert players that the legislation’s passage would force the company to block Australian players. And by the time 2017 got underway, 888poker had already made the decision to leave. Players received their notices on January 13, and the site was unavailable to Aussies as of January 16.

PartyPoker and PokerStars waited. They wanted the bill to pass before they made any sudden moves. After they confirmed the new law with lawyers after August 9, however, they knew the time had come.

The first to go will be PartyPoker. Parent company GVC announced the exit of PartyPoker from Australia within days after the bill passed, and the ban for those players begins August 31, 2017. On the poker site’s blog, the message read, in part: “Sadly, because of (the Interactive Gambling Amendment Act), gambling firms licensed and operating outside of Australia will be forced to prevent customers resident in Australia from playing on their gambling websites.”

The company assured players that their funds were safe and could be withdrawn at any time. PartyPoker Managing Director Tom Waters added, “We regret that this day has come as Australia is a strong poker market. We will continue to work with the Australian player alliance to lobby the government to provide a safe regulated environment for residents to play online poker in the future.”

A last final table of online poker at Party Poker before its illegal in Australia in September. I thought we lived in a free county ! ??? pic.twitter.com/vRAHKFJy8z

PokerStars sent emails to its Australian players to announce the withdrawal of services from that market on September 11, 2017. As with its competitor, the site confirmed that any monies in player accounts will remain safe and open for withdrawal. Players were also encouraged to use their StarsCoin and any rewards, and tournament tickets and money will be converted to cash and available for withdrawal as of September 11. The site encouraged players to compete on the play-money poker site and apps.

And it seems PokerStars will remain active in lobbying for better legislation via the Australian government as well. “As supporters of sensible online gaming regulation and the most licensed poker brand in the world we hope that future legislation will be considered that will allow PokerStars to return to Australia. The Australian Online Poker Alliance has done great work lobbying on behalf of Australian poker players this year, so if you’re yet to sign up (for free) then it only takes a moment to do so.”

The Australian Online Poker Alliance has a website that contains information about the movement going forward.