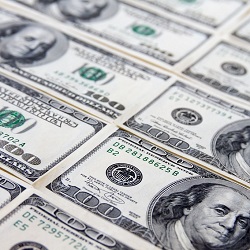 Mega-billionaire Sheldon Adelson just received a raise. The casino mogul didn’t need it but saw his salary approved for a 400% raise from his own Las Vegas Sands Corporation, which he founded and now serves as its Chairman and CEO.

That means more billions in Adelson’s pocket and the availability of even more resources to accomplish some of his goals, one of which is to ban online gambling in the United States.

While he was sufficiently wealthy to fight online gaming with his previous salary and other income, Adelson could now invest more into his Coalition to Stop Internet Gambling lobbying firm and ramp up his efforts. With more campaign donations and political support of key members of Congress, he might be able to persuade someone to finally get it done. And that is bad news for online poker proponents.

For most people in the working world, a 400% raise can be life-changing.

For Adelson, however, that kind of raise simply becomes more disposable income that can be donated to political parties and campaigns in the hopes of an exchange for favors.

The Las Vegas Review-Journal, uncoincidentally owned by the Adelson family, reported this week that he signed a new employment agreement for a 400% raise, putting his annual base salary at $5 million and offering eligibility for an annual cash bonus of up to $12.5 million. He can also receive an annual stock option grant to purchase more stock in his own Sands company and reimbursement of up to $200K for annual expenses.

The 84-year-old will now receive the highest salary among all S&P 500 executives. And his net worth is reported by Bloomberg as $32.6 billion but by Forbes as $35.5 billion.

Whatever Shall He Do with New Money?

Since Adelson is laser-focused on banning online gambling in America, something he sees as a direct threat to his profit margin, overall fortune, and legacy, he will undoubtedly look toward achieving that goal sooner rather than later. He has been trying to pass the Restoration of America’s Wire Act (RAWA) or something like it for years to no avail.

For an elderly and not-particularly-healthy man, Adelson is likely becoming impatient. He has tasked numerous members of Congress with passing RAWA through the years, but not one has been successful. That is likely very frustrating to see influential politicians like Senators Tom Cotton and Lindsey Graham pass various legislation and wield their political power when necessary but not be able to pass RAWA.

Most recently, Adelson enlisted the help of US Representatives Charlie Dent and Brian Fitzpatrick to find ways to insert RAWA-style language into must-pass legislation. Dent has yet to successfully insert the appropriate wording into the Commerce, Justice, Science Appropriations Bill or any other multi-faceted legislation. And Fitzpatrick is reportedly working on a letter soliciting the help of the Department of Justice to overturn the 2011 Wire Act decision that gave states the rights to legalize and regulate online gaming.

While Fitzpatrick’s effort may still be in progress, Dent has limited time to sneak legislation all the way through Congress, as he just announced that he will not seek reelection in 2018.

Again, these are frustrating developments for Adelson, who invests campaign contributions strategically in order to further his own agenda. And years later, not one of his designated members of Congress has been able to do his bidding.

There are numerous reasons to be worried about a federal online poker and casino games ban at this time, not the least of which is Adelson’s increasing age and apparent-declining health.

Congress is a mess, more disliked than almost any time in history and fractured to the point of nearly becoming non-functional. This may seem like a bad omen for RAWA on the surface, but the chaotic nature of Congress is actually ideal for passing legislation that one may not want to publicize. Since many conservative and libertarian-leaning members of Congress are not supportive of RAWA due to its scent of crony capitalism and infringement upon states’ rights, the best way to pass such a bill is to hide it and hope that chaos covers its tracks until it passes.

The Trump administration is also in constant chaos, which reflects badly on some Republicans. Trump supporters in Congress may not be able to depend on traditional Republican Party funding for future elections, making it necessary to depend on other sources like Adelson for campaign contributions. And those opposing Trump may have to find funds to fight the Trump political machine. Complications abound, but suffice it to say that politicians must secure contributions wherever possible.

With so much danger in the world, from North Korean threats to natural disasters, it is an ideal time for someone like Adelson to push persuadable members of Congress to fulfill his goal of banning online gaming. This is not the time to let one’s guard down.