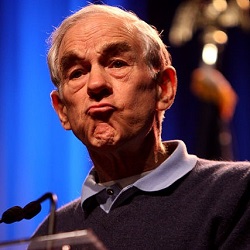 It has been no secret that US Representative Charlie Dent of Pennsylvania has been working to outlaw internet gambling in the United States. He has increased the intensity of his efforts in 2017, and there seems to be no end to the depths of his stealth when it comes to passing a bill through Congress.

Earlier this year, Dent’s efforts to sneak anti-online gambling language into an appropriations bill went public. But the consistent rebuffing of those attempts come from politicians on both sides of the aisle, as the idea of restricting access to an online game is antithetical to many ideals of his own Republican party. And for a Libertarian-leaning former member of Congress like Ron Paul, Dent’s actions are simply unbearable.

Paul has not been shy about opposing various efforts to pass the Restoration of America’s Wire Act – or anything similar – over the past few years. His latest public opposition came in an op-ed in Penn Live, a publication from Dent’s home state of Pennsylvania.

The biggest move by Dent in 2017 was to try to insert language similar to that of RAWA into the Commerce, Justice, Science Appropriations Bill for the 2018 fiscal year. He attempted the sneaky move in mid-July but failed thus far. Rumors swirl, however, that he will try something similar again.

Why? Sheldon Adelson wants it done. And the casino magnate uses his billions of dollars as leverage over Republican politicians who need those campaign donations to maintain their seats and political power in Congress. With a potential backlash against the Trump presidency threatening a formidable candidate to run against Dent in 2018, Dent will need all of the financial backing he can get to ensure he keeps his job. If he does Adelson’s bidding to ban online gambling in the US, something Adelson has spent millions trying to accomplish for years, Dent will benefit.

It is no coincidence that Dent also represents the Pennsylvania district in which Adelson’s sole Pennsylvania casino, Sands Bethlehem, is located.

The guest editorial by former Republican Congressman Ron Paul appeared on the Penn Live website on August 29, only days after a Reason article brought more attention to Dent’s aspirations.

Paul began by discussing the appropriations bill that will increase spending and debt, something Paul adamantly opposes. He then focused on Dent’s attempt to add RAWA language to the bill. He noted that the online gambling ban “violates the principles of federalism and threatens the constitutional rights of all Americans, regardless of whether they gamble online.”

Citing a recent study out of Pennsylvania, Paul pointed out that more than two-thirds of that state – the one represented by Dent – support legalized online gambling. He called Dent’s efforts a “slap in the face to the Pennsylvania state legislature and the people of Pennsylvania.”

His central point, however, is the precedent it would set to step on the 10th Amendment protecting states’ rights and to attack other rights laid out in the Constitution. And Paul continued, “Sneaking this bill onto the Appropriations bill is exactly the type of political “trick play” that has made so many Americans disgusted with Congress. This is especially so given that it is an open secret that much of the support for this bill comes from one billionaire casino owner who is also one of the country’s largest political donors. No wonder a federal ban on online gaming is opposed by political figures from across the political spectrum, from libertarians like myself to progressives like Barney Frank.”

Paul also noted that Dent is likely trying to “sneak” RAWA into the appropriations bill because “the arguments for banning online gaming cannot stand up to public scurrility.”

This is not the first time Paul has spoken out against the efforts of legislators – on behalf of Adelson – to ban online gaming. And Paul is not alone. Some of the organizations that have made public denunciations of RAWA and all efforts to ban online gambling via the federal government include:

The more attention paid to Dent and his efforts, the smaller the chance it will pass through Congress on the appropriations bill or any other must-pass legislation.