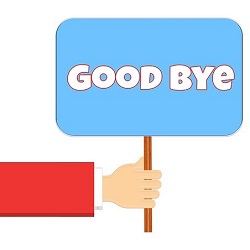 Will Dent try RAWA before he leaves?

US Representative Charlie Dent of Pennsylvania has been in online gaming news recently for his latest actions to try to ban online gambling. His time is now limited in Congress, however, as he announced that he will not run for reelection in 2018.

To the people of #PA15 #thankyou. From the bottom of my heart, serving as your representative has been the honor & privilege of a lifetime. pic.twitter.com/n10oXbGYQ7

The news is welcomed by online poker supporters, as Dent posed a real and urgent threat to the game’s future. If he succeeded in sneaking language to ban online gaming into must-pass legislation that passed into law, there would be little chance to overturn such a ban, and states that already offer online gaming in some form – Nevada, Delaware, and New Jersey – would have to fight the ban in court.

The bad news, however, is that Dent is not retiring until 2018, leaving him in office and active for more than another year. That leaves the threat level on high until Dent actually leaves Congress.

Dent has been serving in Congress in the House of Representatives since 2005. Before that, he served in the Pennsylvania General Assembly from 1991 to 2004. In the past decade, Dent has been known as a somewhat moderate Republican, which became even clearer when he opposed and continued to clash with the current Trump administration on a number of issues.

On September 7, Dent announced that he will not seek reelection in 2018, and the early notice offers plenty of opportunities to find another Republican to run in his place next year. It also leaves ample time for Dent to fulfill any open promises to push for or against particular legislation before he leaves Congress at the end of next year.

After serving seven terms, Dent noted in his announcement that “accomplishing the most basic fundamental tasks of governance is becoming far too difficult.” And while House Speaker Paul Ryan evidently preferred Dent to run for reelection, the latter said it was time to go after serving more terms than he originally intended. And due to the increasingly hostile political environment, he decided to end it after his seventh term.

Republican leaders are becoming dismayed at the number of representatives, especially those in swing districts, are choosing to abandon their seats and open the door for highly contested elections to fill those seats. Dent has never faced particularly daunting opponents in his Congressional elections, but he may have experienced a tough 2018 campaign season if Trump and his allies came out in support of a primary opponent set to face off against Dent.

One Side of the Coin: Good for Poker!

The absence of Dent from Congress will be a plus for online poker and gaming supporters. Dent was not supportive of his own state – Pennsylvania – making an effort to pass online gaming legislation, as he was simultaneously pushing a federal ban in Congress to override any chances of his state joining New Jersey in the online gaming industry.

He was doing it somewhat deviously, though, by trying to insert the ban proposal into the Commerce, Justice, Science Appropriations annual bill for the upcoming fiscal year. Since he is aware that the Congress is not as functional as it once was, and the topic of online poker isn’t one to which Congress would direct much attention, he decided to try to tag it on to must-pass legislation. His efforts thus far have been fruitless, however. Enough people are paying attention that Dent has not gone unnoticed. In fact, journalists and activists have delivered enough attention to each attempt that he has been forced to abort those efforts at the time.

If Dent and others, like fellow US Rep. Brian Fitzpatrick, also of Pennsylvania, can be kept under the online gaming spotlight, their efforts will continue to fail. And after next year, Dent will be gone. While Sheldon Adelson will continue to support politicians who do his bidding to outlaw online poker and casino games, Dent’s decision not to run in 2018 gives Adelson less influence over his actions in 2017 and 2018.

Other Side of the Coin: Bad for Poker!

Without an election pending in 2018 for Dent, he has fewer reasons to worry about any backlash from supporting Adelson or any legislation that may be unpopular with voters. The online gaming ban has proven to be disliked by Republicans and Libertarians alike for its divergence from states’ rights and its smell of crony capitalism. While an online gambling ban would not be a deal breaker in an election, it would prompt skepticism about his loyalty to the party line. But since that is not an issue, it means he has little to fear from slipping gaming prohibition language into a must-pass bill.

Dent is not leaving Congress this year. He will have the rest of 2017 and most of 2018 to work to push whatever agenda he deems important. If Adelson can benefit Dent in his future career – whether in or out of politics – that may be a sufficient reason to follow through with the promise to ban online gaming. If that comes in the form of a standalone bill like the Restoration of America’s Wire Act (RAWA) or amendment to an irrelevant but dire piece of legislation, such as a budget, so be it.

Poker supporters must keep their eyes on Dent during his time of transition. He has ample time to ban online gaming and remain virtually unnoticed for it. This is what should worry the poker community.