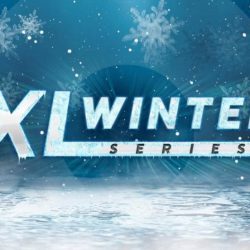 The end of the calendar year brings online poker series. Santa wouldn’t forget the players at 888poker, so he delivered the year-ending XL Winter Series. It will kick off this week on December 10 and run through December 20, dressed up in an attractive package of reasonable tournament buy-ins.

Inside the package, players will find more than $1 million in prize pool guarantees.

The XL Series is a familiar one, but the winter version is a new take on it. 888poker wanted to provide the players with winning opportunities but also showcase its new “Made to Play” poker platform. The newly-upgraded software introduced new and updated features, especially for mobile players, all rolled out in the past few months.

The last big online series, the 888Millions Superstorm, was a massive undertaking with 480 tournaments spread across five weeks. This month’s XL Winter Series will be more compact but packed with action, nonetheless.

What is the XL Winter Series?

In a few words, it is an online poker tournament series consisting of buy-ins to fit most players’ bankrolls. Players can compete for as little as $5.50 and as much as $320 per buy-in, though most fall into the lower to middle parts of that range. And satellites will still offer all of those buy-ins at discounts.

The 34 events will run December 10-20 with more than $1 million in prize pool guarantees.

There will be a Main Event, obviously, to highlight the series, and it offers a $500K guarantee. In addition, it will be a Progressive Knockout (PKO) event for the first time in XL Series history. There will also be two other versions of the Main Event for extra fun.

Can We See the Schedule?

Here it is, with the primary Main Event highlighted. And click on the 888poker schedule page for dates and start times.

Note that 888poker is running a daily XL Winter Series Freeroll. They started on December 3 but will continue every day until the finale. The freerolls require no pesky ticket and will offer seats to the Main Event, as well as some cash.

First time the Main Event of XL Winter has a PKO format. The Sunday Challenge is now PKO also. Good for you guys!