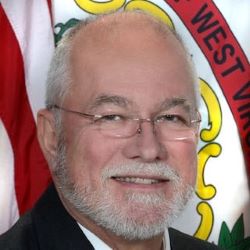 Last week, the West Virginia Lottery Commission approved what was thought to be the rules and regulations for the new internet gaming industry in West Virginia.

In our infinite wisdom, we assumed that this approval was only the first in a series of steps toward launching online gaming sites. After the meeting approval, WV Lottery Director John Myers said, “We may see iGaming by the end of July, based on the progress these folks are making.” We assumed he was not sufficiently informed about the ways of the internet gaming world.

Well, butter our butt and call us a biscuit.

We obtained some information from Myers today, so let’s clarify.

Those “West Virginia Lottery Interactive Wagering Rule” is now public and located on the WV Secretary of State website. It became effective on May 18, 2020, and is open for public comment.

The set of rules may remain in effect for WV interactive games operations for 15 months or until the permanent rules are completed and approved in the next legislative session.

The purpose of the emergency rules is to allow iGaming to begin so as to “have a positive economic impact on revenues” for the state and its residents. The document notes that the estimated total revenue for the industry upon its full implementation is $5.9 million, any of which would be helpful during tough pandemic conditions.

We did list some of the highlights of the 40-page emergency rules document last month.

Last week, the Lottery Commission did approve the minimum internal control (MIC) standards for iGaming. These comprise the system of controls detailed in the rules that set the standards for the gaming sector. This includes the administrative and accounting procedures, everything necessary for the daily operation of online gaming and sports wagering.

Per Director Myers, each operator must submit its own internal controls for approval by the Lottery Commission to verify that those controls meet lottery requirements.

None of the states with operational online poker and/or casino games – Nevada, New Jersey, Delaware, or Pennsylvania – enacted emergency rules. To be fair, none of them launched their sites during a pandemic, either.

When we assumed there would be no way that West Virginia could accept license applications, approve and award licenses, authorize site testing, and give the okay for sites to launch in July, we assumed wrong. No need to dwell on that again.

Director Myers indicated to us that the process is, in fact, moving along behind the scenes. “The licensing process is underway,” he said. “It includes a legal review of the contract between the operator and MSP (managed service provider) in each case.” Further, he indicated that operators were already submitting their own internal controls for Lottery Commission approval.

Myers also noted that sports betting operations – and possibly online poker and casino sites – may be nearing the testing phase already. “Testing of the interactive gaming site by Lottery staff must occur prior to operation,” he said. He then added, “Testing usually requires around two days to complete.”

When we pushed him on the unlikeliness of sites being ready to launch in July, Myers simply responded, “Your information is not 100% correct.”

Yeah, we got that.

It seems that Myers is overseeing a fast-moving process behind the scenes. Partnerships are in place, ones of which the public has yet to be informed. Temporary licenses are in the works as well.

West Virginians may be in for some surprises in July. For now, we wait and see and cross our collective fingers.