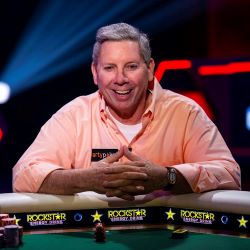 The World Poker Tour and Mike Sexton have been together in one way or another since the beginning.

Sexton signed on as an initial commentator for WPT shows, and he was essential in the development of the WPT as a whole, beginning in 2002. His advice as a longtime poker pro and his passion for the game helped bring the WPT to life. He remained in the commentator position alongside Vince Van Patten for 15 seasons.

Sexton has received many honors over the past decade to show appreciation for his contributions to the poker industry, but the WPT decided to honor him again. This time, the company is renaming the WPT Champions Cup as the “Mike Sexton WPT Champions Cup.”

Accolades for an Ambassador

For decades, poker players and fans have regarded Mike Sexton as the game’s quintessential ambassador. He has promoted the game at every opportunity, shows respect to everyone in the industry, from competitors at the tables to members of the media.

Of course, Sexton is also a top player in a variety of games. He holds numerous titles from poker tournaments dating back to the 1980s, the most prestigious of which include his 1989 WSOP bracelet and his 2016 WPT Montreal Main Event title.

Sexton has also accumulated more than $6.7 million throughout his tournament career, not counting online poker winnings and cash game earnings. He has written articles and books, taken key roles with PartyPoker at various times in its history (including the past several years), and founded the Tournament of Champions. In addition, he has been a leader in philanthropy in poker.

Those accomplishments led to Sexton’s many honors through the years, the most famous of which were:

–2009 Inductee to the Poker Hall of Fame

–2017 Recipient of the WPT Honors Award

Thanks @RealJamieGold 2006, what a year! I won the @WSOP TOC, Chip Reese won the 1st-ever $50k Players Championship (trophy now named after him) & you won largest WSOP main event in history!! And also, thanks for all you do to help raise 💰 for charity. https://t.co/AXgjMxP4mp

A Champion to Honor Champions

This week, the World Poker Tour announced the renaming of its towering winner trophy as the Mike Sexton WPT Champions Cup.

Every person who has ever won a WPT Main Event through the tour’s 18 seasons is recognized on the cup. Each name is engraved and added upon their entry (or reentry) into the WPT Champions Club. That massive cup travels to each WPT Main Tour event as well.

To date, the cup boasts of 288 unique champions, including Sexton himself.

“I thought being inducted into the Poker Hall of Fame would be the greatest moment of my career, but to have the WPT Champions Cup named in my honor and be part of the experience for all WPT champions moving forward is truly the highest peak in my 40 years in poker,” Sexton said. “Thank you to the World Poker Tour for this humbling distinction.”

WPT CEO Adam Pliska noted that the entire WPT family is proud to pay tribute “to the greatest poker ambassador the world has ever know.” Pliska went on to note Sexton’s class, humility, and contributions, and a way to honor that is to put his name on the cup. “Mike Sexton embodies everything the World Poker Tour stands for,” Pliska said.

The next names to be added to the cup will be the five Main Event winners of the WPT World Online Championships on PartyPoker. The series started on July 17 and runs through September 8.

I’ve expressed my gratitude & appreciation to the @WPT for this incredible honor but I’m overwhelmed by the support & comments that have come from so many of you. I wish I had time to thank each of you but please know that I’m extremely grateful to all of you. #sincerelytouched https://t.co/Mij0to6wom