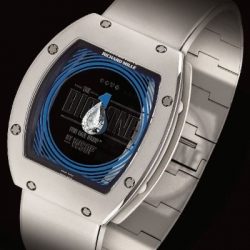 Some things happen that can simply be chalked up to this crazy year. “That’s so 2020!” This story fits into that category in some respects, but it is also a very serious crime.

The Las Vegas Review-Journal reported today about an arrest and booking that took place on Sunday, August 23. However, the victims reported the crime on July 14.

Those victims were Antonio Esfandiari and his father, Bejan Esfandiari.

Svitlana Silva was booked on charges of stealing approximately $1 million worth of cash, casino chips, and expensive jewelry from the Esfandiaris’ Las Vegas condominium.

Silva is 46 years old and was a frequent visitor to the Panorama Towers condominium, owned by the Esfandiari father and son. Apparently, she had been living with the elder Esfandiari at the condo for several months. She had access to the home and had been alone there on previous occasions.

According to Silva, she had moved out of the condo in March and returned the keys to Bejan, but whenever she was in Las Vegas, she would stay with him there.

It would be impossible to be close to the Esfandiari family without knowing the father-son duo. And as it turns out, Silva was an aspiring high-stakes poker pro.

In their time together, Bejan had allowed Silva to use his iPhone and iPad, both requiring passcodes that he gave to her. Evidently, those codes were similar to the code required to open Bejan’s bedroom door and the Esfandiaris’ safe.

The Esfandiaris suspected Silva as the thief of the stolen property, but they had no proof until she bought in to a private high-stakes poker game last weekend with large sums of cash and casino chips. Someone in the game told Antonio about the incident, and he called the police.

Silva was in custody at the Clark County Detention Center the next day.

Reporting and Solving a Crime

On July 14, 2020, the Esfandiaris called the Las Vegas Metro Police Department to report a theft.

After being out, they returned to the condo to find that valuables had been stolen from a safe. Those valuables included:

–Platinum diamond bracelet (valued at $350,000) (seems to be 2012 WSOP Big One for One Drop bracelet created by Richard Mille)

It is unclear as to the Esfandiaris certainty about the culprit’s identity. But after a friend called Antonio about that private poker game on Saturday, they were certain.

After she lost that, she left to retrieve a small safe from a Las Vegas apartment. She brought it back to the game and pulled out $100,000 in Aria poker chips to buy back in to the game. When that money disappeared, she retrieved $200,000 in Bellagio chips from the safe to play again.

(Author note: This is when someone should hand her a “When the Fun Stops” pamphlet.)

Silva eventually won – the nature of the game, i.e. cash or tournament, is unclear) and cashed out. She later contacted another player from the game, one who received the aforementioned Aria chips as a part of his payment, to try to buy them back.

Her text message to said player noted that he may not be able to use those chips, as they had a “special mark on computer so if its stolen they can’t cash out.”

When the police arrested Silva, she had some Aria and Bellagio chips in her purse, worth $25K each, and “large amounts of cash.”

After some further investigation, police discovered that a Bellagio poker room manager noted that Silva had played there on August 11 with “big amounts of cash.”

Silva was booked on residential burglary charges and possession of stolen property valued at $100K or more. However, the article noted that there is no criminal complaint on file.

She bailed out, but her whereabouts are unknown.

The Las Vegas Justice Court will check the status of the case in October.

An Arizona woman has been arrested on suspicion of stealing approximately $1 million in cash, gambling chips and jewelry from poker champion @MagicAntonio
https://t.co/FqewTvd5ns