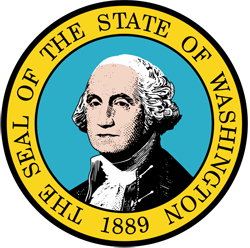 The state of Washington has not exactly minced words with regard to internet gambling. It is one of few states that explicitly forbids online poker and casino games, but it goes even further to deem offering or playing games online a criminal offense. The state code and Washington State Gambling Commission make those points very clear.

For that reason, most gaming websites offer only free-play gaming there. PokerStars, for example, only offered play-money online poker to residents logging in from Washington so as to avoid any legal improprieties in the United States market.

However, that all recently changed.

A woman in Washington logged on to Big Fish, an online casino that allowed game play with virtual chips and required no real money to play. During her time on the site, she spent more than $1,000 buying more play-money chips, which she deemed “something of value” and in violation of state law.

Cheryl Kater’s original case against the then-owner of Big Fish, Churchill Downs, was thrown out of a US District Court in 2016, but her appeal to the Ninth Circuit garnered a different result. Big Fish’s play-money games were ruled illegal per Washington’s laws because virtual chips allowed her the chance to keep playing when her virtual chips were gone, thus making those chips “something of value.” The case was remanded back to the US District Court for handling.

That prompted PokerStars to leave the Washington market. Many in the industry were skeptical of the move and claimed it to be premature and an overreaction.

After the initial lawsuit against Big Fish and its ruling from the Appeals Court, four more lawsuits were filed during the first two weeks of April. All of the cases involve free-play casino game websites, and the sites on the defendant list are Huuuge Games, Playtika, High 5 Games, and DoubleDown Interactive.

The new lawsuits follow the same pattern, as they all claim that the play-money games violate Washington laws regarding gambling for “something of value.” The games offer a certain number of play chips in a time period – per day, for example – and players who lose all the chips before they are replenished at no cost sometimes may choose to pay real money for those play-money chips. The Big Fish case ruled that the need for more chips to play gives value to those chips.

According to GeekWire, plaintiffs in the cases are seeking class action status, in addition to damages and a ban on the companies’ practices of offering chips for money.

Regarding damages, one plaintiff spent $20 on the virtual chips, though another spent approximately $1,000, similar to the woman who filed the Big Fish case.

One of the lawsuits claims that the free-play games are too similar to slot machines in casinos, which is why governments limit them in various parts of the world. “Unfortunately,” the suit read, “such games have eluded regulation in the United States.” It then claims that thousands of customers have spent millions of dollars “unwittingly” on the play-money games.

Where Will It End?

The Appeals Court decision in the Big Fish case seems to have opened the doors for everyone who ever felt bad about spending money for virtual chips to file a lawsuit and claim the game was unlawful to be offered in the first place. While that is an oversimplification and generalization, the four lawsuits filed within days of the Big Fish ruling indicates that there are likely going to be more to come.

PokerStars may have chosen the correct path in leaving the Washington market after all. And attorneys for all types of gaming clients are likely examining the fine print of every state’s gambling law to see if they should advise operators to cease operations in those markets.

The effects of the lawsuits could be far-reaching and devastating to the internet gaming industry. Much of the impact will depend on the number of cases filed in the coming weeks and months, the scope of the filings (class action, for example), and the court rulings.

What a mess, hopefully WA lawmakers quickly address this (non) issue and clarify the ambiguous language they currently have in place! https://t.co/F4hfXuSSeQ