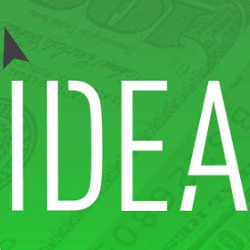 The US Department of Justice knew that when it issued its opinion recently to reverse the 2011 Wire Act interpretation, there was going to be some backlash.

The leeway originally given by the DOJ’s Office of Legal Counsel in 2011 prompted several states to take action and implement laws for various types of online gambling, including lotteries, poker, and casino games. It opened up industries to new technology and states to new revenue streams. Now that the DOJ wants to rip that revenue away from them, it’s not going well.

While there hasn’t been a flurry of lawsuits, there were two out of the state of New Hampshire earlier in February, both seeking to defend their online lottery by challenging the DOJ’s decision.

During the last week of February, a third lawsuit was added to the mix.

On February 25, Ifrah Law filed its lawsuit on behalf of iDEA Growth, a lobbying organization for regulated US mobile gaming, in the Us District Court for the District of New Hampshire. The suit was filed against the US Department of Justice, the United States of America, and US Attorney General William Barr.

Essentially, the civil action is a Motion to Intervene, with iDevelopment and Economic Association (iDEA) proposing it be listed as an intervenor and added to the other lawsuits brought by the New Hampshire Lottery Commission and Neopollard Interactive.

“This is an emergency action brought by iDEA,” reads the introduction to the document, “a leading trade association that represents the interests of the internet gaming and entertainment industry, to prevent the DOJ from enforcing the Wire Act in an unlawful manner that unjustly and disproportionately impacts iDEA and its nearly two dozen member organizations.”

The legal claim notes that the new DOJ interpretation and its threatened enforcement is “unprecedented and unsustainable.”

Lead attorney Jeff Ifrah noted, “We trust that the New Hampshire Court will give appropriate weight to judicial precedent over political factors in making its decision, a decision sure to have a major impact on a fast-growing industry poised to offer significant economic benefits to states across the country.” He then added that the latest Wire Act opinion “glosses over case law precedent and largely ignores the legislative history that accompanied the Wire Act, which supports the original 2011 memo.”

The complaint seeks a declaratory judgment “to ensure that it and its members may continue established business practices that have been sanctioned by state law as well as by federal law to date.” That declaratory judgment should declare that the Wire Act extends only to sporting events and contests and that it permanently enjoins the defendants and their agents from acting under the new opinion.

There is also an expedited treatment request and memo of law in support of the original motion.

@iDEA_Growth has become the latest organization to submit a legal challenge to the DOJ opinion on the Wire Act. pic.twitter.com/Bnxo3Kgs9W

As mentioned, the iDEA Growth lawsuit is the third…thus far.

The first lawsuit was delivered by the New Hampshire Lottery Commission but with the blessings and support of the state’s governor, attorney general, and other state officials. It stands as the primary challenge to the Wire Act opinion filed to date.

The second was in line with the first, as the company that provides the technology for New Hampshire’s online lottery system, Neopollard Interactive, filed a civil complaint of its own.

But there are others waiting in the wings for the DOJ to act or signal that they should push forward.

New Jersey and Pennsylvania have threatened legal action. Earlier in February, NJ Attorney General Gurbir Grewal and Pennsylvania AG Josh Shapiro sent a joint letter to the DOJ demanding the latest Wire Action opinion be overturned or clarified. They are both prepared to file lawsuits if necessary.

New Jersey Senate President Stephen Sweeney also penned a letter to the DOJ along the same lines, noting that former New Jersey Senator Raymond Lesniak is prepared to sue in the US District Court on behalf of New Jersey for a declaratory judgment.

Numerous other states are weighing their options as well. And with groups like iDEA Growth jumping in to show support and sign on as co-plaintiffs, the movement to overturn the latest Wire Act decision will gain ground faster and demand expeditious movement from the Justice Department or the US District Court.