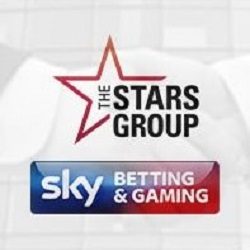 By all accounts, it looked to be a speedy takeover. The Stars Group announced in April that the company was acquiring Sky Betting & Gaming in a $4.7 billion deal. The plan was to create the world’s largest publicly-traded online gaming company. And by July 10, the deal was done. The Stars Group CEO Rafi Ashkenazi announced that the acquisition was complete.

Or so it seemed.

Only weeks later, the UK’s Competition and Markets Authority (CMA) stopped the deal in its tracks. It filed an Initial Enforcement Order to stop all matters regarding the takeover until the CMA was able to complete an investigation. Both companies were ordered to take no actions to integrate the businesses, ensure all assets were kept separate, make no changes to any software or hardware, change none of the staffing, share no business secrets or proprietary information, and ensure that Sky continued to compete independently until further notice.

It all sounded quite ominous, but on October 11, the CMA announced that its decision. “The CMA has cleared the completed acquisition by The Stars Group of the Sky Betting and Gaming group.” While the full text of the decision was not yet available, the ruling was final.

The Stars Group made its own announcement of the final decision from the CMA, which was to clear The Stars Group after a Phase 1 review per the 2002 Enterprise Act.

And it was ready. The Stars Group immediately announced management changes for Sky Betting and Gaming (SBG). Chief Executive Officer Richard Flint was appointed as Executive Chairman, Chief Financial Officer Ian Proctor moved up to CEO, and Gaming Brands Director Conor Grant was promoted to Chief Operating Officer. The new Chairman and CEO will both now report to Ashkenazi, with Grant reporting to Proctor.

According to Ashkenazi, “We believe these appointments position us well to deliver our strategy to become the world’s favorite iGaming destination.”

Flint also commented, “I am confident that the new management structure, which includes an operational board for SBG, will allow us to maintain our unique culture that has delivered success over the years and continue delivering market share gains in the UK online betting and gaming market, building on our position as the UK’s most popular online betting brand.”

In addition, two employees were moved. The Stars Group appointed SBG Chief Technology Officer Andy Burton to the position of Senior Vice President of The Stars Group Global Sports Platform. And SBG Director of Corporate Development Vaughan Lewis moved over to Stars as the Group Director of Investor Relations and Corporate Communications.

In general terms, the acquisition and management shuffle puts The Stars Group in a position to truly benefit from SBG’s significant presence in the sports betting world. Its efforts to promote BetStars will be enhanced by the conglomeration, though it is unclear how the companies will work together or merge beyond the initial staff changes.

Another milestone in the colourful history of Sky Betting & Gaming as the CMA clear the deal that sees us become part of the global Stars Group, creating the world's largest publicly listed online betting and gaming company. One team now spans the globe ?? #SBGLife #LifeAtStars pic.twitter.com/7Tg2yqob4M

Truthfully, it’s too early in the acquisition to know what it will mean for SBG’s brands. Many in the poker world are curious about Sky Poker, a longtime staple in the online poker world. While it no longer ranks in the top three sites for cash game traffic in the UK market, it remains a popular brand with UK players for cash games and tournaments online.

The Sky Poker Tour has also been popular, as it offers guaranteed live poker tournament series around the UK, with stops in Nottingham, Manchester, Brighton, Glasgow, and even outside the area with a stop in Las Vegas. There is also an online poker forum, which allows players to stay connected to the site and its longtime, Neil Channing.

For the time being, it seems that Sky Poker will operate as usual, with PokerStars remaining separate. There has been no chatter in poker forums regarding moving Sky to the PokerStars software platform alongside Full Tilt Poker, but that may be only a matter of time. The move would ultimately benefit Sky Poker players with bigger games, more satellites and bonuses, and many more tournament options, but it would also likely mean a higher rake for players and less of a personal feel for players who have competed online at Sky for many years.

At this point, it is a wait-and-see situation for Sky Poker fans and players.