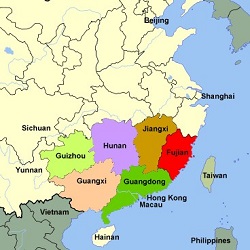 When the Chinese government decided to crack down on gambling, it didn’t leave much room for misinterpretation. And the primary focus of its most recent ban was hold’em poker.

It started in April 2018 when the government instructed Chinese media to inform the public of the ban. Despite poker having once been recognized by China as an official competitive sport, it reversed that stance in the most drastic of ways. All poker apps, even social and play-money poker, were banned as of June 1, 2018.

The move was akin to Black Friday in the United States, which happened in April 2011. Poker had been quite popular in China at one time, but the invasive and harsh new laws of 2018 left little opportunity for players to find any sites willing to risk running afoul of the Chinese government.

A popular online poker game is being pulled as the Chinese government steps up scrutiny of the gaming industry https://t.co/s1MMpeQ4XK

When China first announced its planned implementation of the ban on all things poker, it went so far as to include even poker discussions on social media platforms. Online app stores were ordered to prohibit all residents of China from purchasing or downloading the programs, and social media channels were required to monitor their patrons for any talk of Texas Hold’em.

The immediate fallout was tough on numerous businesses. Boyaa Interactive’s stock hit an all-time low in a matter of days, and it never truly recovered from its pre-announcement position at 3.14HK. As of September 10, it was at 1.9HK. Ourgame, parent company of the World Poker Tour, was at 1.61HK before the government order but began falling and was at only 0.76HK on September 10.

Chinese tech giant Tencent also fell significantly. The host of the World Series of Poker app and a social media developer, Tencent initially dropped from 406.0HK to 378.0HK, though it didn’t drop too much further, hovering at 365.0HK on August 29. That was all about to change, however.

Tencent originally took some steps to comply with the Chinese government’s orders by removing the WSOP poker app from WeChat and refraining from hosting any more live tournaments on the island of Hainan via its WSOP partnership. It did not completely stop promoting poker, though.

As reported by Reuters on September 10, Tencent told its users this week that it would shut down its Texas Hold’em poker video game called “Everyday Texas Hold’em” in the coming days, with the servers scheduled to go down on September 25. The company planned to compensate its users per its terms and conditions and in compliance with the Chinese Ministry of Culture regulations.

The only public statement from Tencent, however, referred to the shutdown as a “business adjustment.” It appears the company will focus on its WeChat social network that has more than one billion users, as it continues to remain popular and legal if there is no mention of poker.

Tencent’s stock dropped significantly at the end of August from 361.2HK to 339.6HK in one day, and the latest decisions to comply with the Chinese government took the stock down another massive step. On September 5, stock closed at 332.2HK but sunk to 316.0HK the following day.

Throughout China’s ever-changing relationship with gambling, Macau has always been exempted from the changes. It’s gambling past dates back to its days as a Portuguese colony in the 1850s when gambling was legal, and it has grown to become nearly 50% of the island’s economy in the past decade. The “Las Vegas of the East” now boasts of more than three dozen Vegas-style casino/resorts.

Poker became popular there after the poker boom, and the first poker tournaments were held there by PokerStars in 2007. The Asia Pacific Poker Tour, operated by PokerStars, stopped in Macau, and its popularity brought that and other tours to the island numerous times in the years that followed. The Macau government even published official rules for Texas Hold’em, and poker rooms began opening at all of the major casinos there.

Macau remains a haven for high-stakes cash game players, who find lucrative games with Asian businessmen. But PokerStars found a home in Macau as well, establishing a number of series in the past several years that catered to those players, such as the Macau Poker Cup and Macau Millions.

However, things changed when the Chinese government began implementing its poker ban several months ago. It is unclear how the new laws affect Macau, but PokerStars’ dedicated Macau website doesn’t list any tournament on its schedule after the April edition of the Macau Millions. And the only tweet on its PokerStars LIVE Macau twitter account since April was one in July informing players that they would have one more chance to obtain points for the 2018 Asia Player of the Year, but the tournament will take place in Manila, Philippines.

#APPTManila (Aug 4-12) will be the last series to determine the 2018 Asia Player of the Year! This season, the winner will receive USD $20,000 cash and have their name immortalized onto the last step on the APOY Legacy Trophy!! Details here
Details: https://t.co/WnjT4Df4xB pic.twitter.com/WB0VqeWRe0

According to the same Twitter account, PokerStars is working on a deal with a new poker room, but the status of the Macau-based series remains unclear at the moment.

Other tours are also pulling major events from Macau, as was just revealed by a tweet from the Asian Poker Tour, which is now going to host its end-of-year finale in Manila instead of Macau.

For full article and more details about the APT Finale 2018, visit: https://t.co/d2TKEXT23B pic.twitter.com/lkSr7Pj9ll