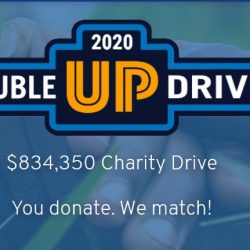 Many poker fans know the name: Dan Smith. He’s a high-stakes poker player, one who has earned more than $36.7 million to date in live tournaments alone.

Prior to the year of the pandemic, Smith trekked the world to play in Triton Million tournaments and European Poker Tour events, though he also focused on high roller action in Las Vegas casinos. He also became known as a philanthropist, focusing quite a bit of energy on raising funds for charity.

Smith worked with others in the poker community to establish something called Double Up Drive. The organization focuses on highly-effective charities, also known as effective altruism. The philosophy prioritizes charitable donations based on evidence of effectiveness and wherein the most amount of money does the most amount of good for their respective causes.

Smith serves as the founder and spokesperson for Double Up Drive, alongside like-minded pro players like Matt Ashton and Stephen Chidwick. The Double Up team also includes Martin Crowley and Aaron and Samantha Merchak from the world of daily fantasy sports (DFS).

This week, Smith and his team kicked off the seventh annual Double Up Drive Matching Challenge.

According to Smith, his organization ran three drives already in 2020.

Of course, Double Up Drive was one of the groups that stepped up immediately upon the onset of the pandemic-mandated shutdowns. Smith a partnered with GiveDirectly to deliver cash to families in need, and Double Up pledged $250K to start it off and then pledged to match donations.

Evidently, there were other drives to raise funds throughout the year. Double Up raised more than $900K that was distributed to StrongMinds and Fair & Just Prosecution, in addition to GiveDirectly.

Smith noted this week, though, that there are still nearly $700K in matching funds available for this holiday drive.

Acknowledging that 2020 has been a crazy year, he noted that online poker action was plentiful and the cryptocurrency markets did well. “However 2020 has treated you,” he wrote, “if you are in a position to contribute, I hope you will consider doing so.”

This year has been quite the challenge, want to express gratitude to our wonderful volunteers ♥️https://t.co/oLMKjPubDD

Donations must be made through the Double Up Drive site to qualify for the matching donations. Those interested can also email info@doubleupdrive.com.

There are 10 charities set to benefit from the donations this year.

80,000 Hours: Researches how people can use their skills to maximize various forms of impact to help solve the world’s most pressing problems.

Centre for Effective Altruism: Uses evidence to find the most effective ways to benefit communities around the world.

GiveWell: Determines charities to improve the most lives per dollar for issues like malaria, extreme poverty, and parasitic worms.

StrongMinds: Provides treatments to the help depression epidemic among women in Africa through group-talk therapy, especially in Uganda and Zambia.

Double Up Drive provides links to the websites of all of the charities.