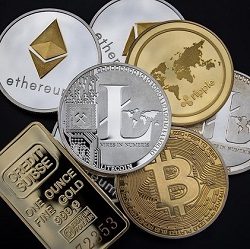 Cryptocurrency is nothing new. In fact, Bitcoin is almost ten years old, having been first released in 2009. And according to most accounts, there have been more than 4,000 other forms of digital currencies or altcoins developed.

The first online poker site to truly embrace cryptocurrency was Seals With Clubs, which now operates as SwC Poker. It operated solely on Bitcoin since its 2011 launch and showed the poker community the benefits of playing with an alternative currency – quick transactions, lack of a paper trail, personal anonymity, etc. Other sites didn’t follow immediately, but many offshore poker operators did eventually warm up to the idea, primarily due to numerous player requests.

Years later, the smaller poker sites, mostly offshore and unlicensed in many markets, offered Bitcoin, and some even offer dozens of cryptocurrency options. While most sites beholden to strict licensing regulations in various countries have yet to authorize Bitcoin payments, others are embracing it. And it is paying off.

Many online poker operators have warmed up to Bitcoin, like Bovada and Ignition Poker. Others like Intertops have expanded slightly to include Bitcoin Cash and Litecoin as well.

@raulmflo that's the dream! You can play poker on ignition..just deposit/withdraw with Bitcoin. Super easy.

Americas Cardroom, however, offers more than 60 cryptocurrencies. And the list consistently changes as some forms disappear and others become more popular. As of the writing of this article, the blockchain asset list on the site was comprised of 85 names, as follows:

It appears that most of the options come from player suggestions. The site does not have a formal submission process but accepts messages. “We’ll add it to our discovery list and investigate further to see if it’s a good fit,” reads the FAQ page. “We get dozens of new requests each day, so we can’t promise we’ll add anything. But if enough people are talking about it, it’ll be on our radar.”

A strong advocate of #crypto and #blockchain #technology & the only #onlinepoker network to accept over 60 different types of #cryptocurrencies. Read more about The Winning Poker Network (WPN) & @ACR_POKER https://t.co/zVHw0ICpo9 #SponsoredTweet #onlinepoker #pokergames #gaming

Benefits to WPN and Customers

“At its core,” Nagy said, “crypto is faster, cheaper, and better. If you’re an operator, an average crypto transaction is one-tenth of the cost of a different payment transaction, and customers have more confidence in you because the transactions are quicker.”

According to Americas Cardroom, one of the WPN sites, players can deposit $150 to $2,500 and withdraw $100 up to $2,500 with any of the cryptocurrency options. And processing can take from five to 40 minutes, though generally on the lower end of that spectrum.

The people employed at WPN also use it frequently, so they’re not only familiar with various methods but trust cryptocurrency. Online transactions are cheaper and faster, and they find that an increasing number of online merchants accept digital funds.

Nagy also added, “If you’re an operator, an average crypto transaction is one-tenth the cost of a different payment transaction, and customers have more confidence in you because the transactions are quicker.”

What was somewhat of an experiment in 2014 when WPN began accepting Bitcoin is now a majority of its business. Nagy said Bitcoin started as just 2% of the overall business but rose to 60% in just the past three to four years.

“The average player value of a crypto user is double that of a player using traditional processing methods,” said Nagy, “so our customer value has doubled with cryptocurrency.”

It also takes less time per customer. Checks, ewallets, and bank transactions require verification via paperwork, confirmations, and sometimes investigations. However, cryptocurrency deposits and withdrawals are quicker and anonymous, so the confirmation process is virtually eliminated.

In an interview with iGB Affiliate, Nagy expanded on the benefit. “Credit card transactions carry a price tag between 13% and 22%, person-to-person transactions like Moneygram or Western Union cost 9% to 12%. Alternatively, cryptocurrency average operational costs are around 3%. That’s obviously a big difference. When you’re talking about millions of transactions since its adoption, it’s saved us a bundle.” He went on to note that the deposit limits are higher, allowing high-stakes players to make larger deposits without a risk of chargebacks.

Why Bigger Sites Have Yet to Adopt

Accepting cryptocurrencies is not as simple as adding a new cryptocurrency logo to the payments page of an online poker site. The software must be adjusted to accept it, pull an immediate exchange rate, perform quick conversions. Moreover, employees must be trained to be fluent in crypto-speak.

Current systems must be adjusted to perform all of the necessary transactions and to protect against the special kind of hacking that can occur in the cryptocurrency world.

Nagy told iGB, “We have processes in place to deal with fluctuation, and it’s really about checks and balances. It’s not like we have all of our money sitting in cryptocurrency, and we’re taking on all the variance. We’ve got a pretty great team on hand to keep an eye on the markets and make sure we’re not too heavy in any position.”

Likely for some or all of these reasons, larger poker sites like PokerStars, 888poker, and PartyPoker have yet to approve any type of cryptocurrencies, including Bitcoin. But there are more considerations with those sites, which are licensed in numerous markets around the world. Each market’s regulator must approve the deposit and withdrawal options, and most governmental bodies are not yet prepared or willing to consider cryptocurrencies. The sites could do it for the dot-com markets, those without specific regulations, but since those operators are consistently applying for new licenses in various countries, they likely don’t want to go through the processes if it can’t be applied to all or most markets.

Meanwhile, however, operators like WPN and Bodog are welcoming crypto-fluent players with open arms and reaping the rewards.