2018: The Year of Crypto Online Poker 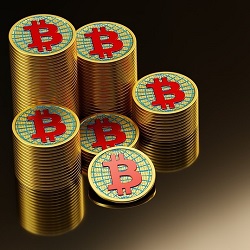 Bitcoin is only beginning for crypto online poker

For years, supporters of cryptocurrencies have insisted that online poker would be more accessible around the world if sites accepted Bitcoin. Whether it has been the rough times for online poker since Black Friday or the rise in cryptocurrency popularity – or a bit of both – the industry has begun to embrace the new forms of currency. Not only have sites begun to allow deposits and withdrawals via the alternate payment methods, there are new sites being built and designed specifically for the cryptocurrency age.

Some of those sites are set to launch in 2018, and many players are more than ready.

Betcoin Down but SwC Continues

As 2017 came to a close, one of the oldest cryptocurrency online poker sites closed its virtual doors. Betcoin.ag started accepting cryptocurrencies in 2014, years before most others even began to consider it. But the site, which was a skin of Winning Poker Network, was acquired by another company and stopped its online poker offering on Christmas Day, 2017.

The site wasn’t particularly popular, however, mostly due to allegations of wrongdoings and hints of scandals. With new ownership, Betcoin may be able to rebrand and relaunch, but there is no concrete evidence of anything in the works at this time.

SwC Poker, also known as Seals with Clubs, is a Bitcoin-only site for poker. It had its troubles when owner Bryan Micon, ran the site from Las Vegas without a license in a newly-regulated market. Despite his attempt to get around the law with Bitcoin as the site currency, he was arrested, paid his dues, and then moved to Antigua to rebuild the site. It continues to operate with some success and mostly positive reviews due to its immediate cashouts for players.

Many sites have decided to accept some form of cryptocurrency in attempts to stay competitive and current in the battle to attract new poker players. Bovada/Bodog was one that began accepting Bitcoin recently, as did Intertops, PokerHost, Nitrogen Poker, and Winning Poker Network skins Americas Cardroom and Black Chip Poker. And Breakout Poker also emerged in late 2017 with Bitcoin as an option alongside the US dollar and its very own BRK Coin, and the site joined the popular GGNetwork.

The changes have come about for a number of reasons, the predominant one being customer demand. Many poker players are risk takers, and they have been investing in cryptocurrencies for several years. And especially for players in the United States, where only a few states have legalized internet poker, the desire to play on offshore sites anonymously is high. Many of those offshore sites have embraced Bitcoin and other cryptocurrencies due to that demand from players. It also enables very fast payment processing and lower fees than traditional currency through ewallets and banks.

Competition in the Works

Several entrepreneurs have decided that there should be online poker sites devoted to cryptocurrency, and some of the biggest names in poker agree so much in various projects that they became investors or consultants for the sites that are preparing to launch in 2018.

Virtue Poker is expected in 2018 and will only accept deposits and withdrawals via Ethereum. Phil Ivey, Brian Rast, and Dan Colman are the three primary professional poker players on board as ambassadors and advisors. The developers and engineers claim to be building a decentralized poker platform with “trust and transparency built in.”

The Virtue Poker website claims, “The integrity of gaming software is frequently called into question, player funds are being lost, stolen or seized, and the regulatory response has been fragmented. We are a team of computer scientists and online poker players building this platform to help address the shortfalls of centralized online poker and create a better online experience.” The site will be blockchain-based and centralized around player information and game logic.

CoinPoker is another site that is in the works, and it collected €5 million in investment money during its initial coin offering (ICO, similar to IPO), some of which is going to be used on its first online poker tournaments when the site launches. It is being built on blockchain technology and will use a new Ethereum-based cryptocurrency called CHP tokens specifically designed for CoinPoker players.

According to the website, CoinPoker will “revolutionize the way online poker operates” and offer “fantastic value for both poker players and cryptocurrency community members alike.” The company includes a number of familiar names from the poker community, such as Michael Josem (formerly of PokerStars) as head of security, Isabelle Mercier (former poker pro) as chief community manager, Warren Lush (formerly of PartyPoker) as a public relations and marketing expert, and Antanas Guoga (former poker pro Tony G) as an advisor.

The timeline shows the official ICO will run this month and into February, with the launch of CHP and the first tournament series happening in February.

Cash Poker Pro is the other online poker platform in process. The company focused on electronic poker tables when it launched in 2015 and moved toward online poker development the following year. Blockchain technology was implemented in 2017, and the ICO ran in the fourth quarter of 2017. The online poker room is set to launch in 2018 to “change the world of poker” via the modern and blockchain-driven site.

Players will use CASH tokens, a new cryptocurrency unique to Cash Poker Pro, and the tokens can be exchanged for BTC, ETC, or flat money. Anonymity is also promised to players, as well as the ability to integrate with social media messenger programs.

Danila Prozorov is listed as the CEO, Yaroslav Dementev as the COO, but no well-known poker players seem to be connected with the company at this www.