Second Round of AP-UB Payments in Process 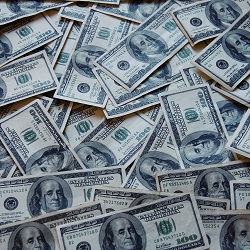 Garden City Group is working through Absolute Poker and UltimateBet claims so quickly that it may complete the process by the end of the year. After years of processing refunds for former Full Tilt players, the claims administrator seems to have it down to a science. Those handling the claims now know all of the poker terms, know how to handle discrepancies in balances due to rakeback and affiliate funds, and the process is now a finely-tuned machine.

Another round of payments has been processed and is in the process of distribution. Very soon, it seems like many more former Absolute Poker and UltimateBet players may have a surprisingly happy holiday season with funds they never anticipated seeing again.

Latest Round of Payments

The latest update from Garden City Group was posted on its claims website in the latter part of October. Per the Money Laundering and Asset Recovery Section of the Department of Justice, a full second round of payments was approved, and approximately 4,600 claims were being prepared for distribution. For those who submitted their claims before September 7 in this second batch of petitions, the total processed will be approximately $3.7 million.

The first batch of payments was processed by June 9 for those who responded early and had no disputed balances or other problems with the amounts of their claims. That distribution sent close to $33.5 million to about 7,400 players.

The official deadline for all claims was set for September 7, and any straightforward claims, along with those with settled disputes, were processed quickly. That led to the second round of payments.

Players expecting refunds will be contacted by Garden City Group – or have been contacted already – via email with the amounts of their approved claims and the method of payment to be used to transfer funds. Anyone who is asked for information regarding banking information to complete ACH or overseas wires must follow the instructions to expedite the payments.

There is an exception for full payment remissions. Anyone who has a delinquent debt with the US Treasury Department and is in collections will be subject to an assessment regarding the ability to clear some or all of that debt. Garden City Group will give pertinent details in an email, including a Unified Financial Management System Vendor Request Form. Since Garden City Group is handling the claims on behalf of the US government, any debts with a part of that government must be addressed in some way before claims money is released.

When Garden City Group first announced in early 2017 that Absolute Poker and UltimateBet balances would be handled with funds left over from the Full Tilt Poker claims, the administrator reportedly sent 1.2 million notices to players who may have been affected.

This number far exceeds the 12,000 players who have or will be approved for refunds. This difference indicates that more than one million players may not have filed claims. Of course, there are some players who will not file petitions due to very low amounts of a few dollars or less, and others may not be eligible due to affiliate connections or other ties to the online poker sites.

However, there may be numerous players who did not receive the notices or have not heard about the refunds in process. Those people may still have a chance to recoup their money from their lost accounts by simply contacting Garden City Group to inquire.

The process for Ultimate Bet and Absolute Poker players is not yet complete. There will be at least one more round of payments for those who disputed account balances or filed claims after the September 7 deadline. This is why there may be an opportunity for players to file a late claim and obtain a refund before the process closes.

There is no official end date for the process yet. Garden City Group is still working to pay as many victims of the online poker websites shuttered on Black Friday as possible.

Visit the claims website for information on how to file a claim or contact the administrator to inquire about a late petition. Any funds still in the account that remain unclaimed at the end of the process will likely go to the US government.