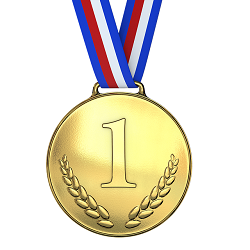 There are several media outlets and data collectors in poker that rank poker players on a yearly basis. Some tours do the same but based on their own tournaments and by season, like the World Poker Tour and World Series of Poker.

The most respected and popular rankings, however, come from the Global Poker Index, better known as GPI, as they use the world-renowned Hendon Mob Database for data used to calculate points. The GPI just revealed their 2018 top player of the year as Alex Foxen, with Kristen Bicknell ranked as the best player on the female-only list.

Two other outlets are worth mention. CardPlayer is a media outlet that has been dubbing a Player of the Year each January since 1997 and is widely respected throughout the poker community. And PokerCentral is new to the POY game but has decided to name one player as the High Roller of the Year.

Poker pro Jake Schindler is no stranger to the top spots in leaderboards or the winner’s circle in any given tournament. The Pennsylvania native and now-Florida resident has been playing online poker for nearly a decade and live poker for as long as he’s been legally able to do so. Now, at the age of 29, he has collected more than $23.5 million in live tournament earnings alone.

During 2018, Schindler earned the most money of his career (more than $9.1 million), won six tournament titles, and made 31 final tables per the CardPlayer Player of the Year rules, surpassing a previous record of 23 set by Bryn Kenney in 2017.

Jake Schindler has won the Card Player Player of the Year award! The 29-year-old poker pro set the record for final-table finishes in a calendar year with 31 in 2018.

Schindler came in fifth in the GPI POY race in 2018, and he ranks 14th in overall lifetime tournament earnings, earning a spot between Isaac Haxton and Scott Seiver.

Prior to 2018, Schindler had already accumulated a World Series of Poker Circuit ring and nine major high roller tournament titles, in addition to other series wins and numerous final tables.

He started 2018 with four final tables at the US Poker Open in Las Vegas and then two Aria High Roller victories within three days in March. He then won the Super High Roller event at the MILLIONS Barcelona Grand Final and final tabled two other high roller events, followed by three more Aria High Roller wins before the WSOP even began. He final tabled the WSOP High Roller and a WSOP NLHE event, took second in the World Poker Tour Gardens Poker Festival, and then won the Seminole Hard Rock Poker Open High Roller in August. At the Poker Masters in September, he final tabled three of the tournaments, as well as three more Aria high buy-in events in October and November. He then finished the year with third place in the Five Diamond World Poker Classic High Roller and first place in the Super High Roller.

All of that put Schindler far above Stephen Chidwick in the points race, though Chidwick had more 2018 earnings. In the end, though, Schindler won with the most points.

The young Florida native has been on the poker tournament scene for a number of years but didn’t make a big splash until his first Super High Roller win at the ARIA in 2014. Sam Soverel is known to play mostly high buy-in tournaments, which put him in an ideal position to climb the leaderboard of the inaugural PokerCentral High Roller of the Year race.

Prior to 2018, Soverel had claimed a couple of Aria High Roller tournament titles, as well as a WSOP bracelet when he won the 2016 WSOP $1K Pot Limit Omaha event. He final tabled a WSOP event the following year and took home significant winnings for final table appearances through the years. To date, he has collected more than $7.6 million in live tournaments.

To win the PokerCentral High Roller of the Year title, he accumulated 1,765 points in high buy-in events at the Aria in Las Vegas, beating Isaac Haxton by 235 points and David Peters by 335 points. Schindler came in fourth in that race, but Soverel topped the list.

In all of 2018, Soverel took eight high roller event titles at the Aria, along with a win in the WPT Five Diamond World Poker Classic $10K PLO event. He final tabled numerous other Aria events, as well as some at the WPT Bellagio Elite Poker Championship and Five Diamond. All in all, he earned close to $3 million in one year.

For capturing the inaugural PokerCentral title, Soverel wins rake-free entry into all high roller tournaments held at the Aria during 2019.