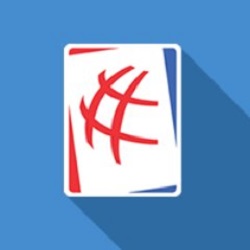 The Global Poker Index (GPI) tracks poker players via their live tournament performances around the world as published by the venues and operators that host the events. Based on a 36-month period, the competitors are then ranked per a set of criteria that include the tournament buy-ins, field sizes, age per half-year periods. And at the end of year, the GPI hails the top-ranked person as its Player of the Year.

Other honors are also given in categories that highlight the best female player and those from various areas, like the Americas, Europe, Asia, and Latin America.

There are numerous players who earned top 2018 GPI rankings, but Foxen outfoxed the rest.

William Alex Foxen hails from New York and skyrocketed to the top of the live tournament earnings charts in recent years. That live tournament total now exceeds $8.8 million, though more than $6.6 million of that was claimed in 2018 alone.

Prior to 2018, Foxen made numerous final tables in series like the L.A. Poker Classic and ran deep in several World Series of Poker events. His first win came in late 2016 when he won an event at the River Poker Series, but he began to be noticed by other pros when finishing well in another group of WSOP events in 2017, which included final tables in two NLHE events. The highest finish was third in a $1K NLHE event for nearly $99K. Later that year, he won a big $2,650 NLHE event at the Seminole Hard Rock Poker Open for more than $204K, his largest score to that point, and he finished that year with a second-place hit at the World Poker Tour Five Diamond World Poker Classic in Las Vegas, which was good for $1,134,202.

Foxen kicked it off with a win at the L.A. Poker Classic in the $25K buy-in High Roller event for more than $424K. He then traveled to Macau for the Asia Pacific Poker Tour, where he won one of the high buy-in events there. Back in the US at the WSOP for the summer, he made the final table of the $10K NLHE Super Bounty and then trekked across Las Vegas for the Mid-States Poker Tour DeepStack Championship Poker Series, which he won for $239K. In August, he won another $2,650 NLHE event at the Seminole Hard Rock Poker Open, this time for $208K.

On the road overseas, Foxen didn’t stop his winning ways. He final tabled several events at the European Poker Tour’s Barcelona stop and finished runner-up in the PartyPoker MILLIONS Dusk Till Dawn Main Event for £720K. Back in Las Vegas to close the year, he won a $5K Five Diamond World Poker Classic event for more than $246K, took third and fourth in other events at that series, and then hit the ARIA down the street for the Super High Roller Bowl, the $300K buy-in event in which he finished second for $2.16 million.

It was a stellar year for a poker pro who seems to be only at the beginning of his career.

Thanks GPI and everyone else, especially @krissyb24poker for the support this year. It’s all been surreal going to try to make 2019 better https://t.co/BdXEnCjHnf

For the second year in a row, Kristen Bicknell of Ontario claimed top honors in the GPI Female Player of the Year race. The Canadian native has been at the top of the charts for several years and has now accumulated more than $2.3 million in live tournament earnings to date.

Though Bicknell had been playing poker competitively for years, mostly online, she had a few deep runs between 2006 and 2010. But she came out swinging at the 2013 WSOP Ladies Championship, which she won for a WSOP gold bracelet and nearly $174K.

Still primarily an online player, it wasn’t until 2017 that Bicknell took seriously to the live circuit on a global level. She made final tables at the Aussie Millions Poker Championship and the WPT Fallsview Poker Classic, the latter finding her missing the official final table by one spot. She won an event at the PokerStars Poker Championship in Panama while cashing in several others, and she final tabled a WSOP event that summer, finishing sixth in the $10K NLHE 6-Handed Championship for nearly $97K. She then final tabled two events at the WPT International Circuit stop in Brazil and ended that year with a win at the $5K Five Diamond World Poker Classic for nearly $200K.

That earned her first GPI POY title in 2017.

Bicknell kept up that pace in 2018, starting with several deep runs at the Aussie Millions Poker Championship and then winning a high buy-in event at the Asia Pacific Poker Tour event in Macau for more than $279K before finishing fourth in another event the following week. She final tabled the Super High Roller at the PartyPoker MILLIONS in Barcelona, took second in the WPT Bellagio Elite Poker Championship, and then second at the MSPT DeepStack Championship Poker Series in Las Vegas for $200K, losing to her boyfriend, Alex Foxen. Deep runs at the WSOP and Seminole Hard Rock Poker Open led her to the final table of the WSOP Circuit High Roller event and the PartyPoker WPT Montreal High Roller tournament.

The PartyPoker-sponsored pro continues her strong career with two GPI POY titles to her credit…so far.

It should be no surprise that the GPI Player of the Year Americas was Foxen. But longtime pro Stephen Chidwick captured the GPI POY Europe honors after a stellar year in which he earned close to $8.9 million and narrowly missed the overall POY award.

Christopher Michael Soyza captured the GPI POY Asia title as a Natural 8-sponsored pro. With six wins in 2018 alone, equaling more than $2.6 million in earnings, the Malaysian-based player is one to watch.

Joao Pires Simao has been a staple on the Latin American circuit for years, and the GPI POY LATAM honor is well-deserved. The Brazilian was once a PokerStars-sponsored player and actually had no major tournament victories in 2018 but did earn close to $1.3 million and finished 10 times in the top 10 of qualifying events. His career earnings now top $2.2 million.

? Congrats again to all GPI Global, Regional & National winners. 45 highlighted winners can be found in our article & all the other winners on our ranking page. TY for the massive support! ?
? PoY article: https://t.co/n0X8dUG0xU
? Rankings: https://t.co/DyFwtFxY8x#GPIPoY https://t.co/ZVqb1gvRBo