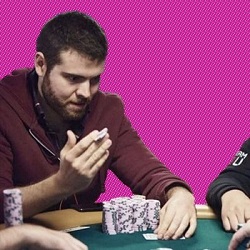 For those poker fans watching from the United States, the World Series of Poker Europe was half-a-world away. It all happened at King’s Casino in Rozvadov, Czech Republic.

The first nine of the 10 events of the WSOP Europe couldn’t have been more different than the WSOP events that took place in Las Vegas over the summer, wherein American players starred in many of the winners’ circles and final tables. The WSOPE, on the other hand, saw Israeli players take home three of the nine preliminary gold bracelets, with Austria, Ukraine, Hungary, Hong Kong, Australia, and Czech Republic capturing the other six. Details of those events started here, continued here, and pushed through the high roller tournaments here.

All of that poker brought us to the WSOPE Main Event, which began on October 27 with two starting days, one reentry allowed per player, and a $5 million guarantee on the prize pool. And all for a buy-in of €10,350 and the chance to win the second-most coveted WSOP bracelet of the year.

Day 1A was a bit slow to get underway, as weeks of tournaments and a whirlwind of cash games may have taken its toll on some of the players. But by the end of the day, the Main Event secured 140 buy-ins, though only 73 of those players held some of their chips until the end of the night. Marco Slacanac sat atop the leaderboard when the chips were counted, with Vladimir Geshkenbein and Alex Foxen rounding out the top three.

Day 1B brought another 201, bringing the number of entries to 341. However, players were able to buy-in again if needed through the start of Day 2, so the field wasn’t final. At the end of that night, 148 of the starting players bagged chips, and Adrian Mateos had the most, followed by Hani Bahna and Aaron Duczak in second and third chip positions.

Day 2 brought 221 players back to the tables to join with nearly 200 new entries before registration closed. The final numbers then showed:

That day ended with just 165 players remaining in the hunt for the bracelet, with Dario Sammartino in the top spot, followed by Marco Slacanac and Jack Salter.

Path to the Final Table

Day 3 was a big one, from a dramatic bursting of the money bubble to the rise of a former WSOP Main Event champion.

The field dwindled quickly before said money bubble, and one player from Russia was on that bubble with a dream. Viktor Taranenko had qualified for his seat to the tournament beginning with a €0.01 satellite online at PartyPoker and was close to cashing for more than €15K. But his short stack forced him in on the bubble, and he lost and made an emotional exit.

Viktor Taranenko burst the bubble of the WSOP Europe Main Event after winning his €10,350 seat for only €0.01 online at #partypoker. He was understandably upset, but his journey isn't yet over. This link explains why. https://t.co/FB8a9qsBKz 18+. begambleaware. Play responsibly pic.twitter.com/9QKq3K1E58

Some familiar names who did end up in the payout line included Mustapha Kanit, Will Givens, and Rainer Kempe. The night finally ended with just 50 players still in contention and none other than Ryan Riess – 2013 WSOP Main Event champion – in the lead, followed by Ivan Gabrieli and Gary Hasson.

Day 4 saw the majority of the remaining players leave the tournament, including recognizable faces like Sergio Aido, Dario Sammartino, Jack Salter, Sylvain Loosli, Niall Farrell, and Igor Kurganov. Allen Kessler’s bustout in 40th place left Ryan Riess as the only US-based player still in action, and Andy Black’s 13th place exit ended the night. Of the 12 players who bagged chips, Laszlo Buitas had the most, followed by Koray Aldemir and Milos Skrbic. Ryan Riess and Jack Sinclair rounded out the top five.

Day 5 of the tournament started with many players being fairly cautious, but things finally moved along after Ming Xi busted in 12th place and Vladimir Troyanovskiy followed in 11th. Ryan Riess then eliminated Dominik Matejka in tenth to take the lead with the final nine players at one table.

Riess didn’t keep that position for long, though, as the chip lead moved around the table for several rounds after the dinner break. It wasn’t until Riess knocked Stoyan Obreshkov out in ninth place that he regained the lead.

Chip counts at the start of the WSOP Europe final table:

The official final table of eight then got underway, and play slowed again. Bulcsu Lukacs then busted in eighth place and Koray Aldemir in seventh, both at the hands of Laszlo Bujtas. The night then ended with Bujtas in the lead, followed by Milos Skrbic, Ryan Riess, Jack Sinclair, Krasimir Yankov, and Ihor Yerofieiev.

The six reconvened on November 2, and Yerofieiev was the first to depart at the hands of Skrbic. But Sinclair then doubled through Skrbic, which led to Bujtas ousting Skrbic in fifth place. Yankov then busted the final American, Riess, in fourth place. Bujtas then took a few rounds to completely dominate the action and climb further ahead of his opponents, but when Sinclair eliminated Yankov in third place, Sinclair took a slight chip lead into heads-up play.

The two tangled for quite a while, but Sinclair took control and whittled Bujtas down to a very short stack, which he pushed with J-7. Sinclair called with Q-9, and a queen on the flop secured the win for Sinclair of the United Kingdom. It was Sinclair’s first WSOP bracelet, a sweet victory after finishing in eighth place at last year’s 2017 WSOP Main Event final table in Las Vegas for $1.2 million.

The final table recap will be posted shortly. pic.twitter.com/2m6YOk7tiN

Unbelievable. Huge thank you to everyone for the support, it felt like the entire wold was on my side. What an incredible feeling (besides the hangover) ❤️ https://t.co/7dZr6gHVxW