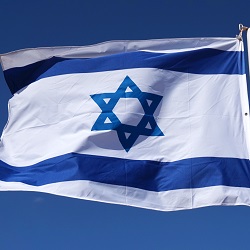 The World Series of Poker began its annual trek to Europe last week to offer 10 tournaments, millions of dollars in guaranteed prize money, and 10 gold WSOP bracelets. While the summer series in Las Vegas serves as the crux of the WSOP each year, the WSOP Europe events offer players in other parts of the world a chance to participate and capture some of the World Series magic.

This year’s WSOP Europe returned to King’s Casino in Rozvadov in the Czech Republic. And to start off the series, they offered what they hoped would be a record-setting event. It did just that in the end, as the Colossus smashed its guarantee.

One week after the action started, two players now hold WSOP gold bracelets, and both of them hail from Israel. While the World Series isn’t a competition of nations, the accomplishment is certainly one in which they are taking pride.

Israelis putting on a hell of a show at the #wsope, eh? ??

The first tournament of the series kicked off with eight starting flights. Players could buy in for €550 and reenter once per flight. The overall guarantee was set at €1 million, but the total of 2,992 entries pushed the prize pool up to €1,435,412.

The top 296 players were paid at least €1,285, but the big money was at the final table. The 10 players at that table represented numerous countries – Italy, Bulgaria, Netherlands, Germany, Poland, Belgium, and Israel. Wojciech Wyrebski held the chip lead when the final day began, but Hannes Neurauter was close behind.

Tamir Segal started strong, eliminating Nelio Gatto in tenth place, and Bjorn Bouwmans in ninth. Wyrebski ousted Krasimir Yankov in eight, but Segal was back to send Flavio Decataldo out in seventh and hover over the remainder of the players with a massive chip lead. Segal took out Francesco Delfoco in sixth, though Ayguen doubled through Segal and then eliminated Neurauter in fifth place and Dariusz Glinski in fourth. Segal busted Ayguen in third place to take 58.55 million chips into heads-up play against Wyrebski’s 16.2 million. It didn’t take long from there for Segal to claim victory, complete with a WSOP gold bracelet and €203,820 in cash.

When the second event began, players had the opportunity for one reentry and looked toward a €200K guarantee. That, too, was crushed when the 221 entries created an actual prize pool of €318,074. The last 34 players in the tournament were guaranteed at least €2,371.

Day 3 began with just six players remaining. It was another globally diverse final table, this one featuring players from Germany, Israel, UK, Italy, Hungary, and the Czech Republic.

Asi Moshi of Israel came in with the chip lead, but James Bullimore trailed closely. But when Moshe stepped up to eliminate Viktor Katzenberger in sixth place, Moshe took a substantial lead. He then ousted Van Tiep Nguyen in fifth a while later, while Bullimore sent Giuliano Bendinelli out in fourth. Robert Schulz doubled through Moshe to nearly even the three remaining stacks, but Moshe ultimately busted Bullimore in third place. He took a strong lead into heads-up play against Schultz, though the latter proceeded to double up several times to stay in action. Moshe finally ended it, though, to capture his second WSOP bracelet and €82,280 in prize money.

Event 3 is already underway and barreling toward a final table. The €550 PLO 8-Handed with unlimited reentries broke through its €100K guarantee with a whopping 572 entries. The resulting prize pool was €274,417, and players like Dario Alioto, Shaun Deeb, and Chris Ferguson took pieces of that money with their cashes on Day 2. Dutch Boyd, Max Pescatori, and numerous others played on for spots at the final table, with several Israeli players looking to win another one for their country and show complete dominance at the WSOP Europe.