PPA Survey # 4: The US Poker Paradox 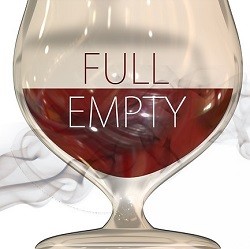 Is US poker better or worse since Black Friday?

This is the third of several articles (the first can be found here, and the second can be viewed here) dedicated to revealing and analyzing the survey results.

Current State of US Poker

There was one question on the survey that specifically addressed the state of poker today, as it relates to the days of the “poker boom” before Black Friday, when the last of the major online poker sites were forced out of the United States market.

Question:  How do you feel about the current state of poker in the United States? (Choose all that apply.)

Focusing on the two opposite thoughts that received an equal percentage of the vote, it is extraordinary that equal parts of the poker community view it in entirely different ways.

It seems that the survey respondents may have viewed the question from opposite points of view. Those who feel that poker is as popular as ever and continues to grow may not be in full touch with the online poker world and its rise and fall in the past two decades. They could also be players who weren’t involved in poker during the boom years or were simply unaware of how the boom broadened the game in so many ways. Those who feel that poker has been declining since Black Friday must remember the rise and fall of the game as per its connections to the online poker world.

The live poker scene is doing well, and for players and fans who view the game through televised World Series of Poker or World Poker Tour episodes, they may see that poker looks as popular as ever. Players who compete in tournaments on the WPT, WSOP Circuit, or other tours that traverse the US may see that the games are well-attended and competitive, and many big names in the game still play. The likes of Hellmuth and Negreanu are still big parts of the poker world.

Most Entertaining Televised Poker in the United States event Since Black Friday you @junglemandan and @phil_hellmuth put on an Awsome Show https://t.co/xvk5nkIKHl

Online poker took the hardest fall after Black Friday. And combined with other markets regulating and fencing off from the global player pool, online poker suffered greatly. Many sites simply folded, big companies acquired smaller ones, and liquidity was down significantly without most US players and those from countries like Italy, France, Spain, and Portugal. Many former poker pros have left the industry altogether while some remain on a part-time basis, as they chose not to move out of the US for various reasons.

Moreover, all of the changes in the past half-dozen years have changed the online poker environment at the virtual tables, as the volume of players decreased to the point that the remaining operators had to devise new methods to attract new players. As sites have transitioned to more rewards for recreational players and fewer perks for regulars and high-stakes players, pros have become frustrated and moved on to start new careers. These changes also severely decreased the number of online satellites available to win entries into live tournaments.

Of course, for those who didn’t or don’t follow the online scene as closely as others, poker seems fine. PokerGO launched with all of the old poker shows and new tournaments to showcase the popular players and high rollers. Twitch has brought many poker players into the limelight, and numerous pros still find sponsorship opportunities. For the casual observer, poker seems fine.

The survey question may have also caused people to vote on a platform of hope. Some may have chosen the box that indicated poker continues to grow because they have optimism about the growth of live poker and regulated markets. Conversely, others may have indicated their pessimism about poker’s popularity based on their personal experiences or their views of only certain aspects of the industry.

Just got to the Bahamas for PCA.Havent been since pre Black Friday and feeling nostalgic about poker back then. Unreal how poker has changed

Overall, the question shows that there are two general categories of poker players and observers. There are those who see the game with potential and those who feel the best of the game is gone. Both have a fair amount of points to their claims.