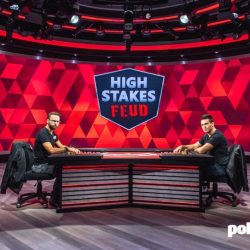 For two players, the heads-up online poker challenge was an almost-daily battle from November 4 forward. They agreed to play a total of 25,000 hands of No Limit Hold’em at $200/$400. Sometimes, it was a grind but always one that presented opportunities for new strategies and approaches.

Doug Polk and Daniel Negreanu had a longstanding beef. The two had been verbally jabbing at each other since 2014, mostly via Twitter. As the war of words escalated again in late 2020, Joey Ingram suggested the two poker pros take it to the online tables.

Time to Settle the Feud

Poker fans had been asking for it for a long time. For more than six years, they watched the back-and-forth insults of two men with substantial egos on social media. They wanted to see it settled on the felt.

The two couldn’t seem to get along even to hammer out the details of the match, but luckily, people like Ingram facilitated the terms and conditions. Some of those were:

–Play on WSOP.com, as both live in Nevada

–Livestream action as much as possible

They did play their first 200 hands live and filmed by PokerGO on November 4. Negreanu had a clear advantage in the live poker setting, though he and Polk took their fair share of sizeable pots. It ended with Negreanu up $116,500.

The two then took it to the online tables and played regularly until the first week of February.

Negreanu and Polk surpassed the required number of hands and ended it on February 3. Polk claimed the $1.2M win.

According to Upswing Poker – a Doug Polk production – Polk finished up $1,201,807 over 25,000 hands in 33 sessions. The rundown of each session’s results and running totals is available on a special timeline page created by Upswing to track the action.

The swings from one session to another were interesting enough for us to put in a chart, though this does not reflect the overall win/loss for each player:

Corey Steel compiled all of the all-in hands for the entire challenge and created an all-in EV chart.

So here are the final all-in EV numbers and graphs of @RealKidPoker and @DougPolkVids High Stakes Feud.
Thanks guys for the great HU match, it was a pleasure!

You can check out all the hands in this spreadsheet: https://t.co/i8G7YuBS5M
(will double check everything later) pic.twitter.com/M0JdTLpuQB

Comments from the Competitors

The most surprising result of the entire challenge was the respect that grew between the two players. Both seemed to gain an appreciation for the other’s dedication, tenacity, and talent.

At the end of the final session, Polk commented on his livestream (at approximately the 5:57:00 mark) of the video, “I have to give a lot of credit to Daniel for the amount of hours, time, and effort that he put in to improve here and be able to hang in such a public arena.”

In a follow-up video, Polk did a deeper dive into his thoughts about his opponent and his game. “I do think Daniel played exceptionally well considering that his background did not have much experience in this format, and from a lot of the frequencies that I had my team track (which was legal, we decided to allow that a few weeks into the challenge), I found that he played relatively good in most situations.”

With the challenge over, it's time to share my true thoughts on how Negreanu played https://t.co/oWvRpJADJU pic.twitter.com/e9oWGTMVpC

On the GGPoker livestream, Negreanu had some thoughts at the end of the last session as well. “Congratulations to Doug. He obviously is a great player, the favorite going in. It was a fun challenge. … In the end, I hope that he’s happy. Obviously, he’s the big winner on the match, deservedly so. He played well, no question about that.”

Polk said that he and Negreanu discussed doing a podcast together to break down the match and talk about some key spots.

Poker fans got a battle of high-level heads-up play from the challenge. And the two players finally squashed a feud that simmered behind social media accounts for too many years.

Polk summed it up best with this recap:

Challenge Recap for anyone that missed it https://t.co/38dZrRDXEf