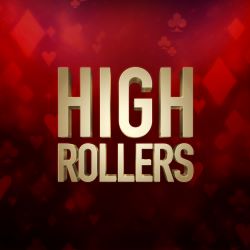 For some, December ushers in the season of giving. For high-stakes poker players, the last month of the year is the best time to play all of the high roller tournaments they can find. PokerStars gave them a solid option online with the return of the High Roller series.

From December 1 through December 9, PokerStars set up a schedule with 27 online poker tournaments with buy-ins ranging from $530 to $10,300. And the site guaranteed $11 million in prize pools.

Players had the chance to qualify for as little as $5.50 with daily feeder satellites and $50K worth of added seats thrown in by PokerStars.

Ironically, the High Roller series was set to begin just after the conclusion of the MicroMillions series, one that featured low buy-ins and chances for players to win life-changing money.

With that perspective, let’s check out the results of the High Roller series.

PokerStars provided some impressive stats from the High Roller series after it finished earlier this week.

A person named “Pimmss” was the Player of the Series as the only player to win two events. Those wins were worth $150,245.90 in total.

Close behind was “roo_400,” a player who finished second in two events. The most significant part of one of those was that the person satellited in to the $5K buy-in tournament for $530 and won $187,534.88 for second place.

Speaking of satellite winners, PokerStars did some calculations on ROI (return-on-investment). The aforementioned calculation for “roo_400” was one of the most significant. Some of the others were:

A full list of the High Roller tournaments, basic stats, and winners is on the PokerStars blog.

The Main Event (Event 23) was a $5K buy-in affair with a $2 million guarantee. There was a 24-hour late registration period, which allowed the field to build and the prize pool to far exceed the guarantee.

The final results were:

The #HighRollerSeries has officially concluded. Congrats to Russia's Artem “veeea” Vezhenkov on the win — he defeated Simon "C.Darwin2" Mattsson heads-up for the title and $457,344.