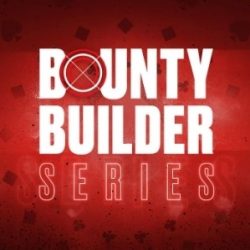 Poker players today seem to love bounty tournaments. A little progressive knockout action here and some total knockout action there. The bounty adds another element to tournaments, allows for some unique strategies to obtain bounties but remain on course for the long-term result.

While poker players had their fill of online poker series over the summer, they’ve had a few weeks to relax. It’s the perfect time for PokerStars to order up another round of its popular Bounty Builder Series.

Back in February 2020, that Bounty Builder iteration delivered a schedule of 180 tournaments with $25 million in guarantees over the course of two weeks.

This month, PokerStars increases the options to more than 200 tournaments and ups the cumulative guarantee to $30 million.

The PokerStars Bounty Builder Series is a schedule full of tournaments, all of which are in the progressive knockout (PKO) format. Every player is a bounty. When Player A knocks Player B out of the tournament, Player A receives half of the bounty, and the other half becomes part of an increasing bounty on Player A.

There will be seven tournaments with the TKO title, meaning they are Total Knockout events. In those cases, PokerStars allocates the entire prize pool to bounties only. There is no other prize pool.

This October Bounty Builder will offer 213 of those Knockout events, altogether guaranteeing more than $30 million in prize pools.

The buy-ins for the tournaments range from $1.10 to $1,050. Overall, however, PokerStars says that the average buy-in is lower in this series than in the past, giving more players the opportunity to compete.

There will be two main attractions in this series, both happening on Sunday, October 25. Those are:

In addition, two other tournaments will boast of million-dollar guarantees:

The first day of action on Sunday, October 11, provides an example of the type of variety available to players throughout the series:

The rest of the schedule that runs through October 25 is on the PokerStars website.

As always, players can win their seats to any of the Bounty Builder Series events through satellites, which begin as low as $0.11. There will also be $4 Spin & Gos awarding seats.