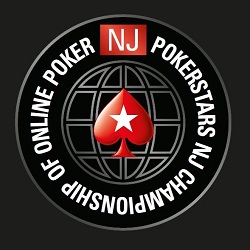 As the state of New Jersey sees significant online gaming growth from month to month, its online poker games struggle to maintain their current rate. Online table games and slots are the main revenue earners in the market.

PokerStars takes that information into consideration, and the market is reflected in its announcement for its upcoming online poker series. The New Jersey Championship of Online Poker, better known as NJCOOP, was announced last week and set for September 29 to October 15. The series will offer one more event than it did in 2017 but $200K less in guarantees.

Mark your calendars! #NJCOOP is slated for September 29 to October 15!
More details to be announced soon.

In its largest online tournament series of the year, PokerStars hopes to see more players in action than last year and make its mark with its signature offering.

The upcoming NJCOOP will run from Saturday, September 29, through Monday, October 15. The 47 tournaments will spread over more than two weeks with a wide range of buy-ins, guarantees, games, structures, and formats.

In total, there will be $1 million in total guarantees, though the announcement notes $1.5 million will be guaranteed on the site in total over the course of those two weeks. This likely takes into account the normal daily and weekly guarantees.

Unique items to the NJCOOP schedule that players are unlikely to find on competitors’ sites include tournaments featuring increasing antes, Win the Button events, and fast-fold poker variant Zoom. Players will find plenty of hold’em on the menu, but they can play plenty of pot-limit Omaha, stud, Omaha8, and mixed games.

The schedule is live on the client now! #NJCOOP https://t.co/LOaIsQKGmq

Satellites for the series will begin on September 18 on the PokerStars site in New Jersey, and buy-ins start at $1. However, there will also be daily second-chance freerolls and other promotions awarding tickets to NJCOOP qualifiers and events. Special $4 Spin & Go events will also award NJCOOP Main Event tickets from September 18 to October 14.

In July, PokerStars and Ambassador Chris Moneymaker announced the Moneymaker PSPC Tour, a series of predominantly live low-buy-in tournaments across America. Players would have the chance to turn an $86 buy-in into life-changing money, as Moneymaker did when he won the World Series of Poker Main Event in 2003 for $2.5 million. Each tournament winner along the Moneymaker-hosted tour will win a Platinum Pass in addition to the tournament prize money, and the pass is worth $30K and represents an entry into the $25K PokerStars Players No Limit Hold’em Championship (abbreviated into PSPC) set for January in the Bahamas.

poker player chris moneymaker on the fox 61 morning news in hartford connecticut. watch the interview, it is a great story of a chip and a chair turning into 2.5 million dollars. @CMONEYMAKER
@PokerStars @FOX61News @themattcast @FoxwoodsCT
https://t.co/tvaMnc64AX

The tour kicked off on August 4 and already hosted two stops in poker rooms in California with many more still on the schedule. The seventh of nine stops is set for September 30 at PokerStarsNJ.com, which will run as a part of the NJCOOP series.

Per the rest of the events on the tour, the Moneymaker Tour Event will require only an $86 buy-in, and the prize pool will add a Platinum Pass worth $30K to the first-place prize.