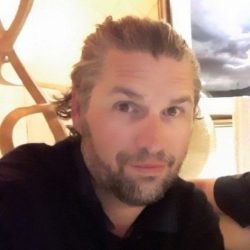 His family revealed the news on the evening of Wednesday, September 16. There are few details to reveal to the public, but Booth’s family is confident that he is “alive and well” while taking some time away.

In a year that has been brutal to the poker community on many levels, this news is most welcome and celebrated by many people. It is evidenced by the social media and forum posts, all breathing a sigh of relief that a longtime member of the community is safe.

The news of a missing poker player was concerning. When the 43-year-old poker pro left a Reno casino by himself on July 13 with only enough supplies to stay safe for a few days, the concern began. But it turned to worry when days and then weeks passed with no word from Booth and no sign of his truck.

His family and close friends contacted the Reno Police Department and ultimately filed a report, declaring Booth missing. The police put him into the National Missing and Unidentified Persons System with details of his appearance and his truck, including his license plate number.

More details emerged. He told his roommate he was going camping but ceased all contact instead. His cell phone last pinged near Reno on the night he disappeared and then ceased connecting to any cell tower.

Booth’s family began reaching out through members of the poker community. They issued a statement to share on the Two Plus Two forum and provided the case number and contact at the Reno PD. And they asked for serious tips only, that people stop harmful and unnecessary speculation.

Friends had known Booth to seek anonymity at times, but they and his family felt that this time was different. They were clearly worried.

Of course, Booth’s friends and family searched, as much as was possible due to Covid-19 and associated restrictions. Those in Canada depended upon the authorities in Reno and word of mouth through the poker community to find him.

People who only knew him as “Yukon Brad” asked around and shared informational posters. They shared memories of Booth from playing poker with him or watching him play on television on shows like High Stakes Poker.

Those in Reno and surrounding areas who knew nothing about poker whatsoever shared information as well.

Some friends and family members created a special Facebook page called “Let’s find BRAD BOOTH” that grew quickly to more than 600 members. (It currently stands at 685.) People checked in there for news, and many shared memories of their times with Booth.

On September 16, Booth’s family found out – and confirmed – that he was alive and missing by choice. They immediately took to social media and spread the message.

Some in the poker world recently endured the tragic and jarring loss of Susie Zhao, and many were and remain in mourning for Mike Sexton, who very recently lost his battle with cancer. Information that Booth was alive and well was truly welcome and joyous news.

For the Haters and Critics…

This is where I get personal.

A person generally doesn’t disappear from the lives of all family members and friends for an extended period of time to be hurtful. The person who disappears is typically hurting in some way and feels the need to disappear, to escape, maybe to think.

I do not know if Brad suffered from any type of depression or other mental illness. However, I do. And I know what it is like to want to disappear, to want to run away from everything heavy and overwhelming, to feel that there are no real-life options for fixing what is (or seems) broken.

Brad has been open about the highs and lows of his career, speaking freely at some periods in his life about debts he owed or bad decisions he made.

I have no knowledge of his reason for disappearing in July. I have no information about his financial situation or personal life.

What I do know is that a person who disappears is hurting. To come out of hiding can be just as difficult. Anyone who uses this opportunity to comment about Brad’s rumored debts or to opine about the downfalls of “gambling” should stop. There are times and places to debate poker, gambling, and financial decisions, and this isn’t it.

In addition, unless you have first-hand knowledge of Brad’s finances, personal relationships, and every thought in his head, you are merely speculating, and this isn’t the time for that, either.

I will spend this time being grateful that the worst outcomes did not come to pass, that he is safe and alive and beginning to resume contact with loved ones. This is good news in a time when goodness is so desperately needed.