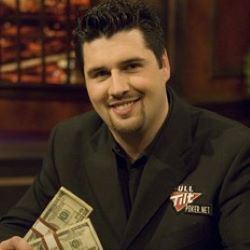 The 43-year-old poker player is not just on a long hike or a two-day bender. Brad Booth is missing and has been long enough to concern family and friends to the point of filing an official report with the police department.

There is a solid amount of information available about Booth, his vehicle, even his license plate number. But worries have grown as this Thursday will mark one month since anyone saw him.

What is Public Information

According to this NamUs posting, Brad Booth left the Grand Sierra Resort in Reno, Nevada, on Monday, July 13. He was driving a silver/aluminum-colored 2002 Toyota Tacoma pickup truck with Nevada license plates reading “601-PMR” and expiring in 2020. There is also a “black steel cage bar” around the front of the truck.

He told his roommate that he was going camping. However, this roommate noted that Booth took only “minimal items that would not sustain him for more than a day or two.”

He has brown hair and hazel eyes. The report also noted that he has well-groomed hair. (Author note: Confirmed, especially the nice hair.)

What is Shared by Family

Last Thursday, someone posted a since-confirmed statement from Booth’s family on the Two Plus Two forum. It read:

“All of our family would like to say thank you to everyone that is trying to locate Brad.

“At this time, we ask that you please refrain from sharing second-hand information and to please stop spreading suspicions and rumors. It is impeding the investigation instead of helping by taking valuable time away to verify all the information.

“If you have any relevant information to this investigation, we ask that you contact detective Tazy Ciofalo at the Reno Police Department at (775) 321-8372 and reference file #20-12315.

“Should she not answer, leave a detailed message and she will get right back to you. We are all heartbroken over this and wish for his safe return.

In addition, on that same Two Plus Two thread, a friend of Booth wrote, “Brad has at times gone off but would have contacted family or a close friend by now. We are hopeful for good news.”

Brad Booth's friends are very worried for him, he was last seen in Reno July 13 when he told his roommate he was going camping, attached is MP report

As of mid-August, we have a new flyer reflecting more current pictures and description of Booth.

Booth was known for many years in poker as “Yukon Brad.” Hailing from Vancouver, British Columbia, he started playing poker in Vancouver, then Calgary, and on to the Yukon. He played from the mid-1990s, when he was 19 or 20, and never stopped.

In live poker tournaments, though Booth shows results dating back to 2005 in Las Vegas at events like the World Series of Poker. He also made a big television appearance via the World Poker Tour when he final tabled the WPT Mandalay Bay Poker Championship in 2006 and finished third for $319,180.

By 2007, Booth was playing in high-stakes live games at the Bellagio in Las Vegas and on television shows like the NBC National Heads-Up Championship, High Stakes Poker, and Poker After Dark.

His online poker play at some of the highest-stakes tables online around 2007 prompted Full Tilt Poker to sign him as a “Red Pro.” Ultimately, Booth lost what he claimed was millions of dollars to the UltimateBet cheating scandal and Black Friday, the latter the date in 2011 that the United States seized all major online poker sites.

Booth has experienced some very serious highs and lows throughout his poker career, having been a well-known personality through the “poker boom” – even living at the Bellagio in Las Vegas for nearly two years – and involved in some of poker’s biggest and most memorable hands.

Some of these videos through the years offer some insight into Booth’s personality and love for poker.