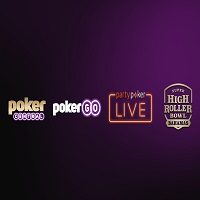 It was Poker Central’s first adventure to London. Its high-stakes tournaments had been confined to the Aria on the Las Vegas Strip for years, but it took some events to London this year.

The announcement in July noted that the first-ever British Poker Open would take place at Aspers Casino, and it would be followed by the first-ever Super High Roller Bowl London. PartyPoker LIVE partnered with Poker Central to host the events.

The British Poker Open started on September 2 and offered NLHE and PLO events starting at £10K and culminating in the £100K buy-in final. The first five events saw Luc Greenwood, George Wolff, Paul Newey, Sam Greenwood, and Sam Soverel as winners. The second half of the series crowned Sergi Reixach, Stephen Chidwick, Mikita Badziakouski, and Ben Tollerene as champions. Soverel won another event as well, and he took home the trophy as the overall BPO leaderboard winner.

To wrap up the trip, that left the big £250K buy-in SHRB. And in the end, Poker Central founder Cary Katz won it.

The Super High Roller Bowls that take place in Vegas once (sometimes twice) each year fill up quickly. They typically cap the field at a few dozen seats, and players must reserve their seats and then participate in a lottery drawing to determine who will be able to play.

The Super High Roller Bowl London was not nearly as well-attended. With only 12 players at the tables to begin the tournament, players were allowed a single reentry. The players also changed the structure prior to the start of the event.

As it turned out, no players reentered. The 12 entries then resulted in a £3 million prize pool, out of which only the top two finishers would be paid.

Getting to Heads-Up Play

Players had 250,000 starting chips, so the action was deliberate for the first few hours of action. Players then exited as follows:

Day 1 of Super High Roller Bowl London through the lens of @drew_amato. Check out the action, big names, and leaders before checking out the final table on @PokerGO. https://t.co/qKzQ3O73tZ

It didn’t take long on Day 2 for Ali Imsirovic to eliminate Greenwood and David Peters with aces in one hand. Minutes later, Imsirovic ousted Badziakouski as well. Imsirovic and Vogelsang took over during four-handed action, but Katz doubled through Imsirovic and then three times through Vogelsang. When Katz then did it through Chidwick, Katz became the chip leader. Katz then busted Chidwick, and Imsirovic eliminated Vogelsang.

Heads-Up for the Money

Imsirovic took the chip lead into heads-up play with 1.81 million chips against the 1.19 million of Katz.

Katz quickly took over the lead, but the two exchanged that lead several times before Katz took it into the final hand. The two players got it all in on the Kc-As-6s-Tc-5s board. Imsirovic was the all-in layer holding pocket tens for trips, but Katz called with Q-3 of spades for the flush.

He came back against the world’s best and then Cary Katz took down #SHRBLondon for £2,100,00! 🇬🇧🏆💰https://t.co/EdhVUPO8q8 pic.twitter.com/dyxeU31gDA

Katz commented after the tournament, “I’ve been very fortunate that I’ve had the resources to play against the best players in the world and able to copy what they do and add bits and pieces of my own game, which at this point is a tricky passive-type game.”

He also mentioned the low turnout in London. Katz said he intends to add “some very exciting things” to the agenda for next year to improve the turnout for the British Poker Open and Super High Roller Bowl London. “I’m looking to build a better tour,” he said.

Next on the Schedule…

The next of the open tournaments on the Poker Central schedule will kick off on November 5. The Poker Masters 2019 series will offer 10 events with buy-ins ranging from $10K to $100K, much like the Poker Open series. Action will run through November 14, all happening at the Aria in Las Vegas.

The crew will then jet over to Baha Mar in the Bahamas on Nassau for the 2019 Caribbean Poker Party hosted by PartyPoker LIVE. The festival will take place November 16-23 and include a Super High Roller Bowl. That $250K buy-in event will start on November 18.

The @partypokerlive #MILLIONS tour returns to @BahaMarResorts in November for the 2019 Caribbean Poker Party and we simply cannot wait. Learn more about this amazing resort and more via the link: https://t.co/NsD5RctQZU 18+. Play responsibly. begambleware pic.twitter.com/pCulAyFbtg