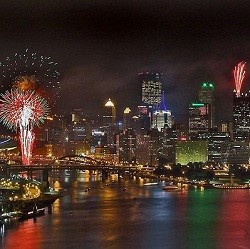 It finally happened! After years of discussions and recent months of negotiations and frustrations, the Pennsylvania legislature passed a gambling expansion package that includes online gambling.

Online gambling advocates deserve a pat on the back today. After nearly four years of disappointment, today we finally break out the bubbly.

The bill, which went through the voting process as H.271, does not become law until Governor Tom Wolf signs it, but he is fully expected to do so based on past support of more gambling revenue. The 10-day window for his signature begins October 26.

There's no reason for the Governor not to sign this bill. Gaming has always been part of the process, and it ends the budget stalemate

Frustrations End with Relief and Excitement

The process of passing the gambling expansion package was not an easy one. It took quite a bit of negotiation between the Pennsylvania House and Senate, many votes and conversations, and a state in desperate need for additional revenue to solve budget problems.

In the afternoon of Wednesday, October 25, the Senate debated the gambling bill. It started in the Senate Rules Committee, where H.271 was amended and voted out of committee by a 17-1 vote to head to the Senate floor. In the evening hours, that vote happened and passed the bill 31-19. And even later into the night, the bill passed through the House Rules Committee before the House adjourned for the evening, as votes past 11pm were not allowed.

On Thursday morning, October 26, the House began with H.271 and debated the amendments from the Senate. After nearly three hours of debate, the vote happened and passed the bill 109-72.

The bill is quite expansive. First and foremost, H.271 legalizes and regulates online poker and casino games. It also does the same for daily fantasy sports, online lottery, and sports betting should it become legal via the current case awaiting a decision from the United States Supreme Court.

On the live gambling side, the bill authorizes up to ten satellite casinos, which will be small offshoots of the current brick-and-mortar facilities. Some airports will be authorized to allow tablet gambling. And the contentious video gaming terminal (VGT) issue, which was the primary cause of so much delay for the bill in 2017, was solved by allowing a slow rollout of VGTs at designated truck stops.

As soon as Governor Wolf signs the bill, more information will become available about how the industry will be regulated and when the licensing process will begin.

The first organization to release a statement about the passage of online poker and gambling in Pennsylvania came from the Poker Players Alliance. The group’s executive director, John Pappas, said, “Pennsylvania made the right decision today. This is a major victory for consumers who, for years, have asked the state to step up and provide meaningful protections. The iGaming law will also help create growth opportunities for the Commonwealth’s bricks and mortar casinos while providing needed revenue for the state budget.”

PokerStars, which is also anxious to expand beyond the borders of New Jersey, responded via Stars Group VP of Corporate Communications Eric Hollreiser on Twitter:

We applaud the Pennsylvania Legislature for taking decisive action to legalize online gaming. 1/4

This is commonsense legislation that will protect consumers, help close Pennsylvania’s budget gap, and make the state more competitive 2/4

within the regional gaming industry. The Stars Group looks forward to working with Pennsylvania and its gaming regulators 3/4

and competing in the future marketplace. 4/4

Stay tuned for more details, analysis, and words from the poker community on this momentous victory for online poker in the United States.