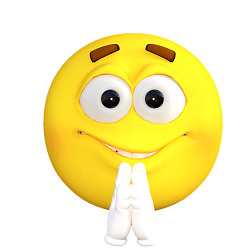 News of Pennsylvania online gaming returned this week with some hope attached.

Lawmakers have been frustrated and nearly out of options for months with regard to state budget solutions, but they had no choice but to push ahead until Democrats and Republicans in the House and Senate could agree on a way to solve the deficit problem. Over the past few weeks, there were times that the gambling expansion solution was thought to be losing momentum, but it somehow remained on the table with online gaming included.

A final answer may come this week.

Early last week, members of the Pennsylvania House approved a revenue package spearheaded by the Republicans. It included a loan to help bridge the $2.2 billion deficit in the budget, which would avoid any tax increases. The $1.5 million to be borrowed would be paid back from a fund that holds money from a tobacco settlement. To handle the rest of the deficit, a number of issues were also discussed, including $200 million from a gambling expansion bill.

According to House Majority Leader Dave Reed, the gambling expansion component of the plan was a separate proposal. He put the onus on the State Senate, which had to move on the gaming bill first.

Days later, the Senate was in the spotlight as the revenue package was passed to those lawmakers. They moved to work out some of the details, but Senator Jake Corman said the plan was likely to pass without any amendments by a mostly-Republican majority. That vote may come on Monday, with other revenue-generating pieces of the puzzle to follow by the middle of the week.

That action would solve much of the deficit problem but still leave a few million dollars unaccounted for, which is where things like the gambling expansion bill would come in. That gambling plan would then have to be sent to the House for approval, but analysts predict the bill will pass and include online gambling regulation with internet poker and casino games.

In a separate conversation, Corman was said to have revealed that the VGTs (video gaming terminals) were no longer a part of the gambling bill. That was the singular issue that prevented the gambling expansion legislation from finding enough support for passage over the summer months, as the VGT topic has been a highly contentious one. While that will ensure passage out of the Senate, the House must still approve it and could demand VGTs as it had done before.

According to Online Poker Report, the gambling bill is in the Senate Rules Committee, which is not scheduled to meet next week. However, that can change in order to meet certain deadlines and complete the revenue generation, finally closing the months-long chapter in the 2017 budget saga.

Pennsylvania Continues to Be a Roller Coaster

Actions in the Pennsylvania legislature continue to change faster than journalists can pen articles on the most recent developments. Anything can happen in the coming days. It appears likely that a revenue plan will be approved by all and signed by the governor, but the gambling expansion will be the wild card.

It was only two weeks ago that the budget talks were relegated to crisis mode. Talks about possible solutions to the deficit problem broke down, and few lawmakers saw hope that any compromises could be reached. Even with regard to the gambling bill, negotiations reached a sticking point with VGT proponents not willing to settle for anything less than a partial rollout of the terminals.

Many in the poker and gaming communities will be anxiously awaiting the decisions that come from Harrisburg next week. The state’s finances are in a dire situation, and online gaming lobbyists have worked hard to get the state involved in the new online industry.

Stay tuned for news in the coming days.