Pennsylvania Online Poker Could Be Near 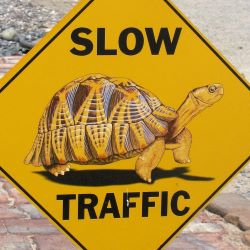 Poker fans have been waiting for regulated online poker in Pennsylvania for nearly two years.

Truthfully, they have been waiting for online poker to return since Black Friday in April 2011. Since then, their only options for online poker were offshore sites. No PokerStars. No PartyPoker. No 888poker.

But when Pennsylvania lawmakers legalized online poker and other casino games in October 2017 those well-known poker sites could return.

Most believed it wouldn’t take long to establish proper regulations for the new industry, seeing as neighbor New Jersey had been operating online gaming for years…and doing so successfully.

However, the entire process of writing regulations, accepting licensing applications and awarding licenses, and working with operators to launch sites has taken much longer than anticipated. The reasons for the delays are unclear, and players have been offered little information along the way.

Waiting for literally any news about a launch date for online poker in Pennsylvania pic.twitter.com/I0AIV2iAXx

One poker media outlet has been on the case, though. And the latest report indicates that PokerStars may be the first to offer online poker in Pennsylvania. And it may happen soon.

It seems that PokerStars wants poker players in Pennsylvania to know it is working on its site.

Hey, we’re still working with our partners and the authorities to finalize plans and bring our leading brands to PA’s players as soon as possible. We can't comment on any exact dates just yet, but rest assured we’ll be in touch with more details as soon as they’re available.

This week, Pokerfuse revealed a picture of the PokerStars PA site and some details about the site that will be launched with its land-based casino partyer, Mount Airy Casino.

Pokerfuse noted that they believe PokerStars is conducting internal private testing of the site, though PokerStars has not confirmed any of the information.

According to the Pokerfuse detectives, the Pennsylvania online poker room will look much like the New Jersey site, though it will show the Mount Airy Casino logo next to PokerStars’ own logo. There will also be a prominent display of the Pennsylvania Gaming Control Board logo and a link to its website and responsible gaming information.

Players will be able to switch from online poker to the associated FOX Bet sports wagering platform and the online casino.

The screenshot obtained by Pokerfuse shows a lobby that offers cash games, tournaments, SNGs, and Spin & Go games. There are no fast-fold Zoom cash games.

Players will be able to choose the “quick seat” option to automatically find a seat in a preferred cash game. And those cash games appear to start at $0.01/$0.02 and max out at $100/$200. There will, of course, be hold’em games, as well as Omaha, stud, lowball, and mixed games.

There is still no official launch date, but Pokerfuse reported, “The recent activity observed in PA by Pokerfuse suggests that the launch could happen by the end of this month.”

No Timeline for 888poker

Again, Pokerfuse did its best to find answers about the 888poker launch in Pennsylvania in conjunction with its World Series of Poker partner and Harrah’s Philadelphia Casino and Racetrack.

Pokerfuse spoke with 888 Head of Commercial Development Yaniv Sherman about Pennsylvania. While he noted that there is significant potential for online gaming in the state, he also said there is no firm timeline for online poker’s launch. “We’re working with our partners at Caesars in order to bring WSOP into PA as soon as we can.”

As for the vision in Pennsylvania and the burgeoning US market, online poker remains a part of the plan with a lot of potential in that state. He noted that liquidity is the key to online poker’s success in the US. With that in mind, 888poker plans to help states join the state-to-state online poker network as quickly as possible after launching poker sites.

Meanwhile, there is no date for 888poker to launch its Pennsylvania poker offering.

Even though PokerStars is making no statements with regard to the Pokerfuse reporting, access to that information has been allowed for a reason. PokerStars wants players to know that its online poker site is in the works.

By the sound of it, PokerStars intends to be the first to launch.

With that information out in the public sphere, it might spur 888poker and PartyPoker to accelerate their efforts as well. The first site to launch will certainly have some advantages with the player base.

By the time the second and third sites make it to market, the first site will have some players locked into promotions and player loyalty programs. And a solid customer service and marketing program will keep some players feeling beholden to the first poker site in Pennsylvania.

It may be a race to the start, but all of the runners seem to be tortoises.

There will be no online poker this week. The Pennsylvania Gaming Control Board (PGCB) confirmed that no testing is scheduled. It’s still in a Pennsylvania hold’em pattern. https://t.co/kiZCLfZxWo