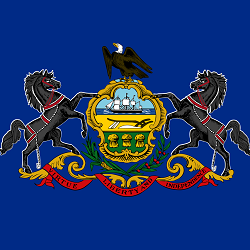 Online gambling is still on the table in Pennsylvania. The state legislature did fly by a deadline on June 30 and depart to enjoy a long holiday weekend. However, despite the official state calendar showing the legislative session over on June 30, members will be returning in July to hash out budget details.

The House and Senate did pass a spending bill on June 30, and the bipartisan package is a $32 billion piece of legislation. The problem is that there is a multi-billion-dollar deficit that greatly concerns Governor Tom Wolf, and legislators know that they must send him a spending plan with some deficit solutions before he approves the budget. That means the legislators will return to Harrisburg this week to provide those details.

And that is where online gambling comes in. It can easily become part of the solution.

With the PA legislature approving a #PABudget we should expect movement on #iGaming very soon. https://t.co/hXvsbcvKJ6

As mentioned, the final budget approved for the 2017/2018 year came in the form of a $32 billion bill that the Senate approved 43-7 and the Senate followed with a 173-27 vote. The funding shows growth for education, pensions, state police, and help for opioid and heroin abuse, while cuts were made to environmental protections, prisons, and human services. The overall increase is approximately three percent, which comes to nearly $870 million.

Many issues remain on hold, however. A spending plan must be passed to address outstanding issues like university aid, as well as budget funding by adding some additional revenue. Wolf reiterated the need for further work on the bill to secure a “sustainable revenue package” that will achieve the goal of long-term financial stability.”

Lawmakers have not specified a return date, but some say it will be Wednesday or Thursday of this week.

Online Gambling Revenue a Sure Bet

Several studies have shown the positive impact that a new online gambling industry in Pennsylvania would have on the overall economy, not only with a new revenue stream, but also as a boost for land-based casinos the creation of jobs.

The most prominent white paper on the topic came from Online Poker Report in conjunction with Play Pennsylvania in the form of “Regulated Online Gambling: A Billion-Dollar Opportunity for Pennsylvania.” It projects annual gross gaming revenue from Pennsylvania online poker and casinos to be $364 million within five years. The first year is estimated to be $230 million, with substantial gains each year from 2018 forward. There would also be an initial intake of millions in licensing fees.

If online gambling is legalized in 2017, that means licensing fees would begin filling the state’s coffers before the end of the year, with a predicted $126 million in that piggy bank. All in all, with fees, renewals, and revenue from 2017 to 2022, Pennsylvania could rake in $426.3 million.

Last year, as Pennsylvania legislators tried to cover a budget deficit, Wolf allowed them to allot $100 million from gambling expansions, but the Senate refused to authorize that money. The primary point of contention was the inclusion of video gaming terminals in the expansion bill. While most lawmakers were in support of the online gambling and lottery provisions of the legislation, VGTs remained contentious and kept the bill from being a budget solution in 2016.

Again, in 2017, the same issues are in play. The gambling expansion bill was passed by the House and Senate, with only a few differences in the wording. As for online gambling, there is a difference in the licensing fees and tax rates to be garnered from the new industry, but the two houses should be able to find common ground. But the VGTs seem to be the main sticking point, something that the House supports but the Senate does not. Even Wolf has indicated a hesitation to support VGTs.

The current budget shortfall will be on the table when legislators return to the Capitol for discussions. And gambling expansion is a potential solution if the VGT issue can be removed from the bill or agreed upon in some form or fashion.

Per John Pappas, Executive Director of the Poker Players Alliance, there is an easy way out of the current conundrum, and that is to remove VGTs for now. “Let’s slow down and just go with i-gaming,” Pappas told Legal US Poker Sites. “We have consensus on i-gaming in the House and Senate on a bipartisan basis.”