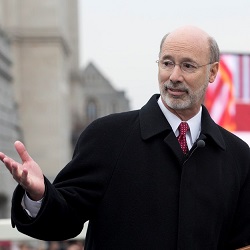 Weeks have passed since any significant update on a gambling expansion bill in Pennsylvania that will legalize and regulated online poker and casinos. Action is expected in some form this week, however, as deadlines loom for the state legislature.

Pennsylvania was on a solid track in 2017. A gambling expansion bill found some success in 2016 when it passed the House of Representatives in late June, but the Senate failed to act on it. Even so, the positive momentum propelled the movement forward this year with early action and encouraging predictions from key lawmakers and industry analysts.

As June now comes to a close, as does the current legislative session, online poker supporters are keeping their eyes on Pennsylvania news this week. Hope remains alive.

There is no doubt that many Pennsylvania lawmakers favor expanding the state’s gambling industry. Mostly positive revenue numbers in the past several years show that the state’s 12 land-based casinos are profitable and created an industry that is only rivaled by that in Nevada. As Atlantic City in neighboring New Jersey has suffered in recent years, Pennsylvania has grown into a force in the United States gambling world. Expanding options for consumers would allow gambling revenue to continue on an upward trajectory.

By March of 2017, three bills pertaining to gambling expansion all included online poker and casinos. State Representative George Dunbar introduced HB.392, which put the internet gambling licensing fee at $8 million and tax rate at 14%. A group of Republican Senators put forth SB.477 as a companion bill for HB.392. State Senator Jay Costa then proposed SB.524 with a $10 million fee and 25% tax rate.

Those bills collected dust, while the House chose to pass HB.271, a shell bill written only to add tablet gambling to airport terminals. According to Dunbar, the purpose of passing that legislation through to the Senate in April was to encourage those legislators to put it together with a budget bill that included nearly $400 million budgeted from to-be-determined gambling expansions.

Nearly one month later, in mid-May, the Senate did take action and filled in the empty HB.271 shell bill with everything from an online lottery and daily fantasy sports to online gambling, including poker. That newly-amended bill handily passed through the Senate Community, Economic & Recreational Development Committee and the Senate Appropriations Committee. The details, however, were troublesome in that the licenses were set at $5 million for poker and another $5 million for casinos, and the tax rate was set at 16% for poker and a prohibitive 54% for casinos. But before the end of May, the full Senate passed HB.271 by a 38-12 vote.

The House responded by amending that bill by reducing the licensing fee for online gambling to $8 million and the tax rate to 16%. The amended legislation also contained a provision for video gaming terminals at places like off-track betting establishments and other locations possessing a liquor license. VGTs have been extremely controversial in the state, though, and threatened to create problems for the bill. Even so, the bill sailed through the Rules Committee and then passed a House floor vote by 102-89.

And Then What Happened?!

The ball – bill, actually – was back in the Senate’s court barely a week into June. But the Senate took no action right away. Reportedly, House and Senate leaders have been discussing the bill behind closed doors in the hopes of coming to an agreement on a total gambling expansion package to present to Governor Tom Wolf for approval.

The most contentious piece of HB.271 is the VGTs, to which the Senate is strongly opposed but the House is quite supportive. Consensus can likely be found for other differences, such as the online gambling license fees and tax rates, but the VGTs seem to be the holdup.

In the final week of June, legislators eye the end of the week as a deadline because it is the start of their summer break. The legislature then doesn’t reconvene until September.

In addition, there is a significant budget deficit for Pennsylvania, and Republicans are charged with filling the gap. In addition, the governor expects $250 million of it to come from new gambling initiatives. An omnibus gambling expansion package will do the job, but the details like VGTs are getting in the way. And according to the latest reports, Wolf won’t sign off on a bill that hurts other state revenue sources, like land-based casinos.

Eyes on the Timeline

The fiscal year is quickly coming to an end, though lawmakers do have the opportunity to return after the July 4 holiday weekend to tie up any loose ends. Gambling expansion in Pennsylvania seems like an end that must be tied in some way. After leaving it hanging in 2016, Governor Wolf is not prepared to leave a budget allocation from gambling blank for a second year. He wants his legislators to come up with a solution, and they are working hard to find one.

Online poker fans must wait for word this week about the fate of the game in Pennsylvania.

Lobbyists have discussed the advantages of online gambling with studies and statistics to back up the claims. New Jersey consistently shows benefits from online gambling as a savior for its gambling industry. Consumers have reached out to lawmakers to show support.

It is now in the hands of the Pennsylvania Senate and House members. The industry waits.