Pennsylvania Needs Money, I-Gaming Has It 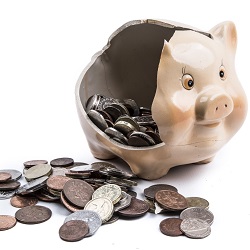 Not much money left in Pennsylvania state coffers

Many states in America are suffering from budget woes, and Pennsylvania is no different. Further, state legislatures – like the one in Pennsylvania – have trouble even settling on a budget, even one with a deficit, because of partisan politics. The divide has become so troubling that the most basic of state proposals and requirements have trouble getting finalized.

Legislatures are finding it difficult to agree on any proposals to satisfy parts of their budgets and work alleviate deficits in segments, as every bill comes with an amendment or stipulation that is too controversial to find any compromise. Illinois and Pennsylvania are just two of the states that are in that situation in 2017.

As for Pennsylvania, there is a solution that is agreed upon by a majority of legislators – both Republican and Democrat, and from the House and the Senate. Gambling expansion, including online gaming, is one bill that made it through both houses of the legislature earlier this year. Most lawmakers agree on the basics of the bill, with only the tax rates and licensing fees creating any sort of barrier between the two passed bills. But some lawmakers in the House insist upon adding a form of gambling that has been very controversial in the state and creates a significant divide when discussed between citizens, business owners, or legislators. And with that irreconcilable problem on the table, even online gambling, which can deliver millions of dollars right away when companies apply for licenses, has yet to be passed.

Everyone from lobbyists to lawmakers are frustrated with the gambling expansion project because of the controversial addendum of video gaming terminals (VGTs).

The bills are piling up in Pennsylvania, while lawmakers sit on their hands about #iGaming. #DoYourJob! #PABudget https://t.co/xmX4yvQwLR

So, poker players wait on the sidelines to see if they will be able to play the card game on their computers any time soon. And they will continue to wait.

The Pennsylvania House and Senate each passed versions of the gambling expansion bill months ago, but one issue kept it from final passage. House members wanted VGTs in the bill, but Senate leadership expressed confidence that the Senate would not support VGTs. And that was when the bill got stuck.

VGTs are similar to slot machines but operate more like a lottery system with all machines connected to a centralized computer that determines the results and prizes. Their inclusion in the gambling expansion bill would allow establishments with liquor licenses, such as bars, restaurants, private clubs, and off-track betting parlors, to install VGTs. Many of those businesses support the machines and believe they will attract more customers, while opponents believe it spreads gambling too broadly around the state and puts land-based casinos in jeopardy of losing customers.

When the budget came due in Pennsylvania, the final draft of it, dated June 30, showed several billion dollars in the deficit column. The money had to come from somewhere, and online gambling – in conjunction with the other basic components of the gambling expansion bill, minus the VGTs – seemed to be a partial fix for the deficit problem. Talk around the legislature indicated the bill would pass at that time, which prompted them to allocate $200 million from it toward said budget deficit.

Weeks passed, however, with the only news coming out about the gambling expansion bill disheartening. VGTs were back on the table, and House members were pushing for their inclusion in the bill. It was stuck again.

Then State Senator Chuck McIlhinney called for a special hearing in the Senate Law & Justice Committee, though he didn’t schedule it until September 19. The main topic will be VGTs and ways to prevent the “scourge of illegal VGTs” that he discovered were aplenty in Pennsylvania.

Meanwhile, an unbalanced budget has become a big problem for Pennsylvania. The Morning Call reported this week that the state government is starting to suffer from seven weeks of a budget stalemate, prompting Governor Tom Wolf to begin making decisions about which bills to pay and which to put off for payments at a later date. That process must start this week.

Pennsylvania Auditor General Eugene DePasquale noted, “Somebody’s not getting paid if this doesn’t get fixed. … There’s not enough money to pay everybody.”

And State Treasurer Joe Torsella said that he won’t continue loaning money to the state without a valid and balanced budget in place. That leaves Wolf to make decisions about payments and potentially borrow money from other state programs to pay vendors, a move he can make without legislative approval.

According to Torsella, the primary bank account used to pay the state’s bills will enter negative numbers by August 29 and quickly hit $1.6 billion below zero by the middle of September.

Though the legislature is not scheduled to return to work before September 11, the urgency of the budget crisis may bring leaders and select members back to the tables next week in order to make budget decisions. The gambling expansion bill will undoubtedly be a part of that discussion, with online gambling on the line. The poker and gaming communities may know sooner rather than later about the fate of internet gambling in Pennsylvania.