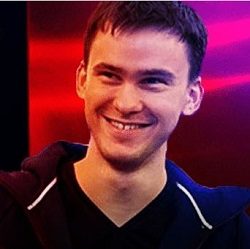 The PartyPoker roster of pros and site ambassadors continues to expand. The latest addition to Team PartyPoker is Timofey Kuznetsov, a Russian online poker pro who is better known in virtual poker circles as “Trueteller.” He continuously plays for high stakes but has a firm grasp on the many levels and aspects of online poker.

PartyPoker has continue to broaden its team to include a wide range of professional players. While gender and racial diversity are not apparent priorities for the overall breadth of the team, it has been important to draw a range of pros with varying levels of success in the online and live realm. Pros like Ike Haxton and Jason Koon joined the group as high-stakes pros with many accomplishments to their credit in the live and online realms. One of the most recent additions, Bruno Fitoussi, is a French poker entrepreneur, often referred to as the King of Poker and the Godfather of French Poker due to his numerous contributions to the game as a player, magazine publisher, poker commentator, live poker room consultant, and gaming consultant.

Most recently, the team has grown by one young, experienced, Russian pro by the name of Trueteller.

A Pro Wrapped in Mystery

Timofey Kuznetsov was a mystery to most in the online poker world for years. Players and fans knew him only as Trueteller for many years, though he finally revealed his identity in 2015. He played in the 2015 World Series of Poker (WSOP) $50K buy-in Poker Players Championship in Las Vegas, and he told others at one of his tables that he was, in fact, Trueteller.

Known mostly for his cash game play online, the now-27-year-old pro emerged as a force in online poker in 2011 and quickly moved to the highest limits of play on Full Tilt Poker by 2013. Millions of dollars were accumulated in his widely-discussed games, and his swings were often wider than most people could imagine playing in the first place. Though mostly a cash player, he has accumulated millions of dollars in profits online and occasionally big successes in live games. The times he did play some high-buy-in tournaments, he posted a few results at final tables, though only one win that came in 2016 at the $50K Aria Super High Roller for $748,446. His biggest live cash, however, was the previous year in the Aria $500K Super High Roller Bowl, where he won $2.15 million for his fourth-place finish.

What can Kuznetsov bring to PartyPoker? According to the announcement from the online poker operator, his online expertise will help shape the future of poker. His years of experience in Hold’em and Omaha will help the PartyPoker “with software development, ecology of the game, shaping schedules, and evolving mixed games.”

Kuznetsov commented, “I am excited to join the PartyPoker team. It’s a dark age in poker, good sides must unite. I’ve spent all of my career in social silence, it feels like it might be a time to change that. I am looking forward to using my experience of online games to help shape the poker ecology at PertyPoker and get involved in new software developments.” He also added that he has a “keen interest in working with PartyPoker to develop better mixed games,” a proposal he is anxious to begin.

According to PartyPoker Managing Director Tom Waters, “At PartyPoker, our main focus is improving the game for our players, and Timofey’s vast experience will be instrumental in the direction we take. We are thrilled that Timofey has decided to pledge his allegiance to PartyPoker and can’t wait to start working with him.”

While the addition of Kuznetsov to the team at PartyPoker that will be developing games, improving structures, and pursuing advancements to poker technology, his general appeal is a bit of a question. Kuznetsov seems to have little social media presence – at least at the time of this writing – and has few relationships with average poker players.

Moreover, his longtime status as a player at the highest stakes available in the game doesn’t exactly endear him to the recreational player, which tends to be the most sought-after demographic in the poker industry today. His ability to bring players to the high-stakes action at PartyPoker is probably a solid bet, and PartyPoker has long been seeking to solidify its place as the new online high-stakes home to replace PokerStars. However, his appeal to the masses remains in question.

It will be interesting to see how PartyPoker markets a player like Trueteller and benefits from the partnership that should, by all accounts, be mutually beneficial.