Fitoussi to Serve as PartyPoker Ambassador 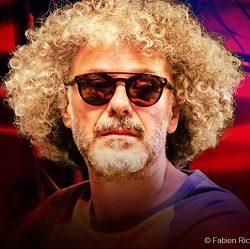 Online poker companies have varying reasons for sponsoring poker pros or signing them on as ambassadors. A poker pro with a particular list of accomplishments and fame can help attract new customers and give legitimacy to the site to entice players from competitors. A person of a particular gender, ethnicity, or interesting background can become the face of the site for that demographic. And a well-known poker player from a particular country can help promote the site in that market.

Enter Bruno Fitoussi, who qualifies for more than one of those reasons.

To those who have been in the poker industry for more than a few minutes, Fitoussi needs no introduction. He is a highly accomplished businessman, poker pro, financial gambler, and gaming industry veteran. And in France, he epitomizes the game of poker.

Fitoussi is now a member of Team PartyPoker, having signed a deal with the online poker operator to be an ambassador specifically for live poker events in Europe. And with poker liquidity growing among several countries in Europe as part of a 2017 multi-governmental agreement, the timing is ideal.

Who is Bruno Fitoussi?

He is sometimes called the King of Europe or the Godfather of French Poker. Lately, he’s been recognized for his puffy, afro-style hair. But for several decades, he has mostly been known for his contributions to and participation in the world of poker.

Fitoussi was born in 1958 in Paris and was educated in the field of architecture. His wide range of interests took him into the music business as a producer and publisher, however, before he became a professional poker player in 1990.

Some of his years as a pro were spent playing at the Victoria Casino in London, but he then “quit” playing professionally and relocated back to Paris. He then introduced Texas Hold’em to and spent 20 years as a consultant for the Aviation Club de France, the most well-known poker club in the country, located on the Champs-Élysées in the heart of Paris. Throughout those years, he became known as a skill player with great passion for and understanding of the game. He founded the magazine Poker 52 in 2010, commentated on countless televised poker tournaments, and he founded and still oversees a consulting firm called VIP Gaming.

Seconding WSOP POY Leader @RealKidPoker's HOF choice of Bruno Fitoussi. European poker would not be where it is today w/o him.

All the while, Fitoussi has continued to play high-stakes cash games and tournaments. Some of his biggest accomplishments on record include wins in the 2001 World Heads-Up Poker Championship and Austrian Masters, but he has also made numerous prestigious final tables, the biggest of which was in the 2007 World Series of Poker (WSOP) $50K HORSE event where he finished second for $1,278,720.

Fitoussi has nearly $3 million to his credit in live poker tournaments to date, and he has been nominated for the Poker Hall of Fame numerous times. In 2017, he was honored by the World Poker Tour with a WPT Honors Award “in celebration and appreciation of exceptional contributions made to the World Poker Tour and the poker community as a whole.”

It has long been said that Fitoussi has been an ambassador of poker, especially in France. But PartyPoker was the first company to work out a deal to make it official. Fitoussi is now an ambassador for live events in coordination with PartyPoker LIVE in Europe.

partypokerLIVE are pleased to announce Bruno Fitoussi as our new Live Events ambassador "I am thrilled to join the partypoker LIVE team – partypoker has always held a special place in my heart, so to be working with them is a great privilege for me.". Welcome aboard "King". pic.twitter.com/Q4X92k8B7w

The role was created for Fitoussi, and he will work with fellow PartyPoker ambassador Bertrand “ElkY” Grospellier to promote the brand in Europe. Their combined knowledge of the French market will come in particularly handy as the brand expands its scope within the European online poker market that resulted from an agreement among the governments of France, Italy, Spain, and Portugal. The role will not be limited to this endeavor and will clearly focus more on PartyPoker LIVE events, but a tie-in with the online poker liquidity project is nearly inevitable.

Fitoussi’s first official tournament as a brand ambassador will be at Dusk Till Dawn in Nottingham, where the Millions UK is set to begin on September 29. From there, he is scheduled to travel to the Caribbean Poker Party in the Bahamas and then the WPT Deepstacks in Deauville, France.

“I am thrilled to join the PartyPoker LIVE team,” Fitoussi said. “PartyPoker has always held a special place in my heart, so to be working with them is a great privilege for me. I have a vast wealth of industry experience that I am excited to share, and I look forward to getting involved with all aspects of the business.”