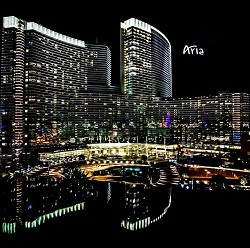 The Super High Roller Bowl has become a staple in the live poker world. Though it only made its debut in 2015, it quickly became a must-watch event. And if possible, it gets more popular each year.

That means the anticipation has already begun for the 2018 Super High Roller Bowl set for the end of May. It coincides with the starting weekend of the World Series of Poker, also in Las Vegas, making for perfect timing for players, albeit an expensive way to begin their summers.

Let’s get the details out of the way first. The tournament will boast of 48 players, each putting down $300,000 to play and creating a prize pool of more than $14 million. The winner will collect approximately $5 million to go with his or her Super High Roller Bowl championship ring.

The action will take place at ARIA’s poker room on the Las Vegas Strip May 27-30. But there is no need for fans around the world to travel all the way to Nevada to rail the tournament in person, as Poker Central’s PokerGO will stream the game live via its video subscription service. Episodes of the filmed event will also be broadcast on NBCSports.com and the NBC Sports app.

Who will be the next player to join the Super High Roller Bowl fraternity? Find out when poker's most prestigious event returns to PokerGO.
The 2018 #SHRBowl begins May 27. https://t.co/4E2f3MYHuj pic.twitter.com/5jnZ6D5PwA

At the end of February 2018, Poker Central announced that registration for the Super High Roller Bowl would open on March 1. Players had the opportunity to register without putting up the entire $300,000, though they had to put up a $30,000 non-refundable deposit.

When registration ended, there were 61 players who put their names in for a tournament that would only take 30 from that group. (ARIA reserves the right to fill 16 seats, and another two seats will be awarded in a $10,000 buy-in satellite on May 26.)

In mid-March, PokerGO offered a live stream of the lottery to choose the 30 players. In the end, the winners included mostly players from the US, but others will represent Spain, UK, Canada, Russian, Belarus, Germany, and Australia.

Former champions Brian Rast and Christoph Vogelsang were both chosen, but fellow former champion Rainer Kempe was not. Several players will be competing for the first time, some of whom lost the 2017 lottery to be able to play, while Jan-Eric Schwippert was the sole player to lose the lottery for two years in a row. And once again, there is only one woman – Lehne, Kathy – in the field thus far.

Let’s look at the complete list, in order of lottery selection, as well as the odds from Bovada:

The two favorites are Mateos and Negreanu, but 11 others are near-favorites. The longshots in the tournament are Ruge, Lichtenberger, Robl, and Lehne.

Stephen Chidwick and Keith Tilston dominated the #USPO, but will they have the same success in the #SHRBowl?
Read up on the next wave of lottery winners! 👇 https://t.co/7HZcC4nPrn

In 2016, the buy-in was reduced to $300,000, and there were 49 entrants. Of the total prize pool of $15 million, it was Rainer Kempe who defeated fellow German Fedor Holz to capture the $5 million top prize.

Last year, the event remained at a buy-in level of $300,000 by popular demand, but the event was extended to play out over five days at the of May. They allowed 56 players, creating a $16.8 million prize pool, and the top seven players made the money again. And it was Christoph Vogelsang who took home $6 million for the win, beating Jake Schindler in the heads-up battle.

In the weeks leading up to the Super High Roller Bowl, more announcements will come as VIP guests are chosen by ARIA to fill 16 empty seats. Expect at least one celebrity to occupy a seat, as Kevin Hart played in last year’s event and created quite a few highlights during the two days he played. It is unclear if he will play again this year, but there is a high probability that there will be a celebrity in the mix.