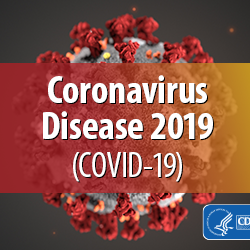 It is an unprecedented time in America. The pandemic that is the coronavirus – COVID-19 to be precise – has prompted cities and states around the country to close everything from restaurants to malls, cancel all gatherings that put more than 10 people together in a space. Quarantines range from mandatory ones in San Francisco to encouraged ones everywhere else.

The closure of casinos and cardrooms around America should be no surprise.

There are some casinos that remain open in Las Vegas, but fewer each day choose to risk the health of their employees and patrons. Public and governmental pressure will close them all in a matter of days.

Every indication is that there will be no live poker or cash games in a public establishment anywhere in America by the end of this week.

Last week, we tried to keep up with the cancellations, postponements, and rescheduling of poker tournament series around the world. It became an onerous task as the virus and subsequent precautions spread more quickly each day. It went from one or two tournaments cancelled in certain countries to entire countries shutting down public gatherings.

At this point, it is safe to assume that any poker tournament that had been scheduled at any live venue around the world is cancelled.

This is probably the case through the end of March, at the very minimum. The closures of casinos and card rooms are likely to extend through the first half of April…and possibly longer.

In addition to this list, WPTDeepStacks Montreal at Playground Poker in April is also now on the postponement list.

The WPTDeepStacks Montreal has been postponed. The new dates will be made public as soon as they are decided.

As the situation has shown itself to be a longer-term one than anticipated, WPT President and CEO Adam Pliska issued a statement this morning, March 17.

“Due to the evolving circumstances surrounding the current crisis, the WPT will postpone its televised final tables set to tape between March 31 and April 2 at HyperX Esports Arena Las Vegas. With public health welfare a priority and in line with government and agency directives, we will tentatively look to hold these tables in May with our second set of televised final tables.”

Pliska pointed to the first WPT Online Series announced last week and set for May as one alternative for international players, as well as promotions and events on ClubWPT for players in America and beyond. The ClubWPT events are at the “highest level in its 10-year history.”

The WSOP also made some announcements last week, eventually putting them all into one memo regarding upcoming events. Most of the rest of the schedule for the season was postponed. These were the events included:

In the days that followed, the WSOP realized that the Horseshoe Council Bluffs series would have to be postponed as well.

The scheduled Circuit stop at Horseshoe Council Bluffs in Iowa @HBRPoker has been postponed.

And within 24 hours of that announcement last Friday, the WSOP launched a Super Circuit series online at WSOP.com for players in Nevada, New Jersey, and Delaware.

The WSOP’s Twitter account also announced numerous added daily tournaments with buy-ins from $30 to $1K and prize pool guarantees of up to $50K.

As far as the WSOP 2020 set to begin at the end of May, the WSOP website’s Editor-In-Chief, Seth Palansky, noted, “As it relates to the summer WSOP in Las Vegas, we are monitoring COVID-19 developments very carefully, and it is scheduled to be held as planned.”

Last week, PokerStars postponed several of its “Road to PSPC” events in Germany, France, and Spain. When European countries began restricting live events due to a quick spread of the virus out of Italy and through other countries, PokerStars responded quickly.

In the days that followed, PokerStars had to cancel more live events. The Brazilian Series of Poker (BSOP) event in Sau Paulo was postponed, as was the PokerStars and Monte Carlo Casino European Poker Tour (EPT) stop.

As Russia didn’t seem as affected as other nearby nations, organizers planned for the EPT stop at Casino Sochi to move forward as planned. However, that all changed just days before the March 20-29 series was scheduled to begin.

In response to the latest guidance from the World Health Organisation, local authorities, & working with Casino Sochi, we have decided to postpone EPT Sochi. We currently expect that it will take place on Oct 2-11. Full update: https://t.co/DmaXwrxIVR

And while most events cancelled during this time of the coronavirus are merely put on hold, PokerStars rescheduled this one quickly.

“We can now confirm, alongside Casino Sochi, that the event we will hold this October in Sochi will be a European Poker Tour (EPT) event. We currently expect that EPT Sochi will take place from October 2-11, with the EPT Main Event running from October 6-11.”

On March 10, the Irish Poker Open announced that it was indefinitely postponing its series scheduled for April 6-13 at the Citywest Hotel. The move was a result of guidelines issued by the World Health Organization and Irish Health Service.

PartyPoker came to the rescue again.

This week, the Irish Poker Open and PartyPoker announced that the Irish Open Festival – the 40th anniversary of the Irish Open, no less – would go online. The seven-day series of 22 tournaments will run April 6-13, slightly revised from its original lineup for the live series but maintaining its €1 million guarantee on the Main Event.

PartyPoker Managing Director Tom Waters called it Europe’s oldest poker festival and said, “The Irish Open is a truly unique event, and following the disappointment of its cancellation this year, an online Irish Open series looks a perfect fit for both event organizers and PartyPoker.”

Coronavirus can’t beat @Irish_PokerOpen which runs online with real names @partypoker 6th – 12th April, main event €1K €1M with full side events schedule. Personally over moon about this as one of my favourite stops-can just get can of Guinness & play from home. KTF Rob 💪 pic.twitter.com/othJG9adcg