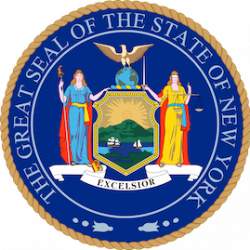 It is official. Online poker is not going to happen for New Yorkers in 2019. It was mostly decided several months ago, but there is now no doubt that the issue is dead for the year.

Some lawmakers focused all of their energy on mobile sports betting, and several of them continue to fight for an expanded market with online sports wagering. The New York State Gaming Commission is even behind the idea, so it may be just a matter of time.

Meanwhile, online poker fans and players are left wondering what happened. New York was considered a “sure thing” for several years, a state that had numerous supporters in the legislature and the backing of several lobbying groups.

Now, the subject is off the table for 2019 and seems to have no momentum to even be revisited in 2020.

New York State Senator Joe Addabbo started the year strong with an online poker bill. He introduced it on January 7, and S.00018 was to change the law to reflect that “certain interactive poker games to be considered games of skill rather than games of luck.”

That bill established that 11 interactive poker licenses would be available to applicants willing to put up an $10 million licensing fee for a 10-year license and pay 15% in taxes on gross gaming revenues.

While that bill went to the Senate Racing, Gaming and Wagering Committee two days later, State Assemblyman J. Gary Pretlow was preparing to introduce his companion bill as A.04924. He offered it up on February 5, and it, too, went to its companion committee.

And that was that.

The bills were not pushed on their own or as a part of any gambling expansion bills. Despite Addabbo saying that online poker was “inevitable” for New York, he eventually realized that any gambling bills were going to be too difficult.

He told Online Poker Report last month, “I thought sports betting was kind of a low-hanging fruit. I couldn’t even get the low-hanging fruit, and you want me to get a ladder to go for online poker? Forget about it. That ladder isn’t even for sale in our state.”

Well, online poker isn't happening yet again in New York. After some momentum in past years, it seems like it's a long ways off right now. https://t.co/KOOgApH73N

In that same OPR article, Addabbo admitted that it could be some time before online poker is a consideration for lawmakers. He said mobile sports betting is the priority, and once it is legalized, the industry is going to have to prove that it can properly address problem gambling to the satisfaction of naysayers and special interest organizations.

“We would only venture into that area once we have proven ourselves in treating all the issues for mobile sports betting,” said Addabbo.

And Pretlow, who has dropped the online poker ball for numerous years running, offered the same hopes that have been proven false each year. “Online poker is always a subject that can come up,” he commented. “We didn’t have much of a discussion on it this year as we basically focused on sports betting, but nothing is dead. Everything is still fluid.”

In reality, online poker is no longer on the table. Neither 2019 bill showed any movement this year, not even a committee hearing, much less a vote.

All About Sports Betting

The majority of states in America have shown significant interest in sports betting.

Nearly 20 states have some form of sports betting legalized and either available or pending regulatory details and official product launches. Another 18 are considering some type of legislation to do the same.

Meanwhile, online poker remains available only in Nevada, New Jersey, and Delaware. Pennsylvania is almost two years from the official legalization of online poker but has yet to announce the launch of any online poker sites. West Virginia passed legislation this year to legalize online poker, but it is unclear if any sites will be licensed and/or launch in 2019.

Connecticut is the only other state that is keeping online poker on the table at this point in the year.

The only ray of hope for online poker in New York comes from PokerStars. Its parent company, The Stars Group, announced an agreement with the Akwesasne Mohawk Casino Resort in New York in early July.

The agreement gives The Stars Group the ability to operate and brand real-money online casino games, poker, and sports betting if the state legalizes any of those offerings. The company will also launch and operate a land-based sportsbook at the casino if possible. That will happen via FOX Bet, the US-focused sports betting brand from The Stars Group.

Again, sports betting is the major focus of the deal, but PokerStars is a part of it.

Akwesasne Mohawk Casino Resort General Manager Todd Papineau talked about the sports betting aspect but noted that The Stars Group is “the ideal partner for us and it is positioned to become a leader in the US online betting and gaming industry.” He continued, “We are delighted to work with The Stars Group, one of the world’s largest, most licensed online gaming companies, to leverage the opportunity presented by online betting and gaming in the state of New York.”

Though there is no official online poker lobbying organization in the US to push for the game’s legalization in New York, it seems that The Stars Group may be bending the ear of more than a few lawmakers to maximize the lucrative possibilities of its latest deal.